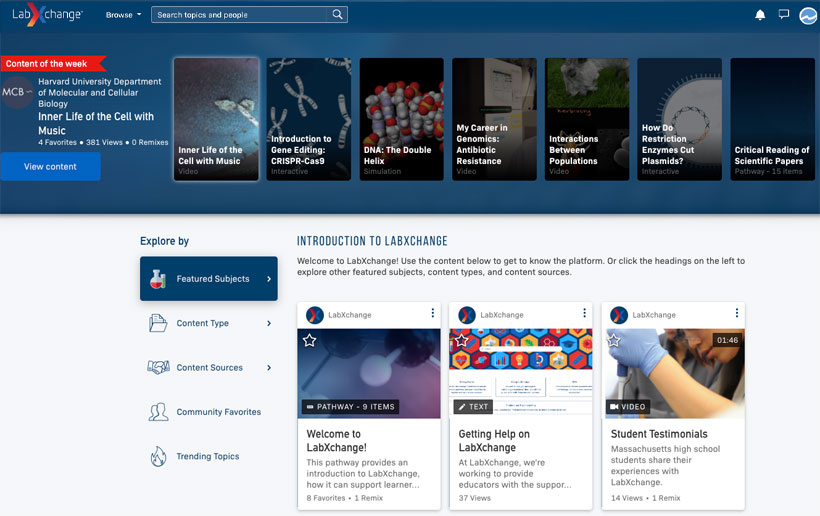 edX provided this month with an overview of some of the technical features of LabXchange.org—Harvard University’s and Amgen Foundation’s recently launched new science education platform. These include a tool called Blockstore, Content Libraries version 2, a new XBlock Runtime, anonymous access, and a new visual assessment editor.

Powered by Open edX open-source software and integrated with edX.org, the LabXchange platform uniquely allows users to freely combine assets together to create and share their own “learning pathways”, which contain videos, text, graphics, assessments, lab simulations, and other instructional assets. Much of the content focuses on the biological sciences.

“You can actually pick the ones you want, sequence them into a learning pathway, and create a much shorter experience that’s really tailored to exactly what you need to learn,” explained Professor Robert Lue, Harvard’s faculty director of LabXchange. “We aim to address some of the gaps with current virtual learning, such as the lack of flexibility in the course structure.”

The development of the platform and the program took two years. As a founding sponsor, the Amgen Foundation provided $11.5 million in grants. edX and European provider OpenCraft developed the code –partially available on GitHub.

According to the Open edX website, these are the six most prominent features: