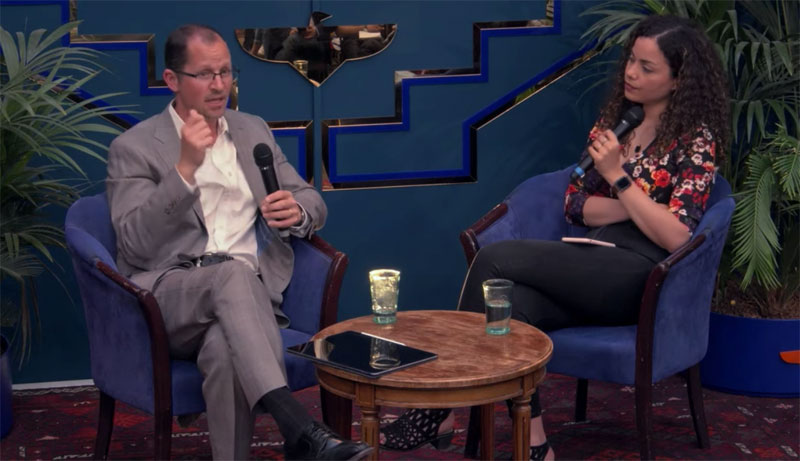 Coursera has $180 million in the bank after the last round of funding of $103 million in April, company’s CEO Jeff Maggioncalda revealed during a candid interview with a manager from the European start-up accelerator The Family in Paris. [Watch the video below].

However, this pile of cash is not giving Jeff Maggioncalda much tranquility, given his admitted challenge based on making sure that Coursera’s existing profitable business and financial model works by generating increasingly high margins. “I’m perpetually thinking about how do we get predictably high revenue growth for the next three or five years,” disclosed Coursera’s CEO, who has been in this position for the past year.

“You want to demonstrate that, as you become bigger, you will become more profitable. If you don’t generate predictably high revenue growth, it is going to be difficult to attract a lot of investment,” he said. (Coursera’s IPO is currently one of the most expected operations in the edtech industry).

Another interesting revelation from that interview (watch it below) is that designing educational programs for governments is providing “one of the biggest growth rates of Coursera for Business”. “We work with Singapore, Egypt, India, Abu Dhabi. Our biggest deal is with Abu Dhabi; they hired us to train and skill up 60,000 government officials,” Jeff Maggioncalda explained. “Country after country, governments realize that education is the only hope.”

Regarding the controversial issue of completion rates, Jeff Maggioncalda provided interesting data. Completion is 10% for people who don’t pay for courses, and 40% or 50% for learners who pay. For online degrees it’s 90%. “The completion rates are much higher depending on the value of the credential you get when you finish your learning”.

• Class Central: Coursera’s Monetization Journey: From 0 to $100+ Million in Revenue