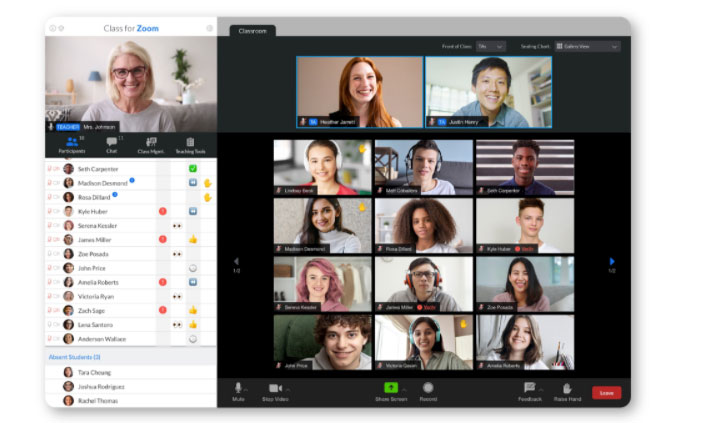 This startup led by Blackboard co-founder and former CEO Michael Chasen has raised $58 million in the last 12 months ($30 million Series A in February 2021 and a $16 million seed round in September 2020), despite its limited number of clients: 125 paying clients, according to Techcrunch.

“In the seven months since Class has launched, over 7,500 K-12 and Higher-Ed institutions, as well as corporations, around the world have reached out interested in using Class,” said the company – now called Class Technologies Inc.

Tom Brady — who debuts as a VC — praised Michael Chasen as “a proven education and technology pioneer and fellow father of three, to bring the promise, potential, and power of the digital classroom to people around the world.”

Class.com is built on the Zoom Meetings platform. Its software adds teaching and learning tools to Zoom. Features include:

A number of EdTech companies are trying to give an answer to Zoom video conferencing limitation for higher ed. Engageli, Top Hat, and InSpace are some of them.