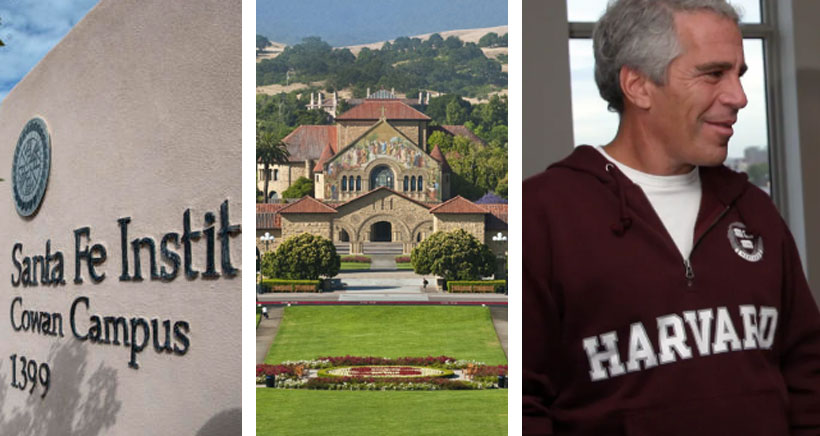 Stanford University and The Santa Fe Institute added their names to the list of universities that accepted donations from sex trafficker Jeffrey Epstein, who last month committed suicide in a New York jail cell.

In addition, more ties were reported about Epstein’s association with Harvard-related institutions, after he was forbidden from donation to the university.

Regarding the MIT Media Lab’s scandal, The Boston Globe informed this weekend that the institution asked some staffer to send thank you notes and dine with Epstein after he made donations to the institute’s Media Lab, according to architect and designer Neri Oxman.

Oxman detailed how she was asked to first present her research to Epstein in 2015, several years after he had already been convicted and served jail time in Florida for prostitution-related offenses. Former Media Lab director Joi Ito asked Oxman and others that the donations would be kept confidential because of Epstein’s criminal record, but yet they were asked to dine with Epstein and send him thank you notes. Oxman says she declined to dine with Epstein but did comply to Ito’s request to have her lab make him a thank-you gift: a grapefruit-sized, 3-D printed marble with a base that lit up.

Given this situation, The Boston Globe released a story wondering “Can the MIT Media Lab Save Itself?”

“The most important thing for the lab to survive immediately is to help current sponsors feel that funding the lab is still a good decision,” writes Eric Scheirer, who earned two degrees at the Massachusetts Institute of Technology in the 1990s, and later was a corporate sponsor of the lab while employed at Framingham-based Bose Corp. “I must imagine that many of the companies are asking ‘What kind of place are we putting our money into?’ And that, in turn, feels precarious to me — I can imagine well a scenario in which lab funding basically collapses in a way that is not recoverable.”