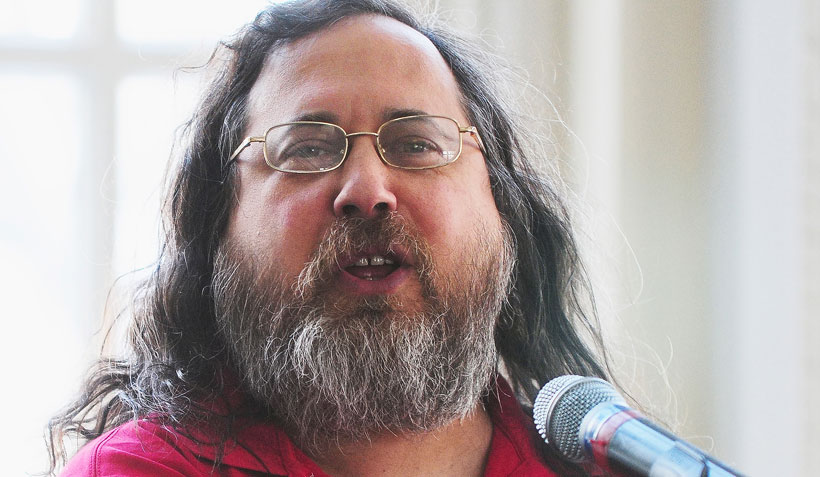 Richard Stallman, the MIT computer scientist who said the alleged sex-abuse victims of an associate of Epstein were “entirely willing” resigned on Monday.

“I am resigning effective immediately from my position in CSAIL at MIT,” he wrote on his personal site in a post addressed to the MIT community.  “I am doing this due to pressure on MIT and me over a series of misunderstandings and mischaracterizations.”

In parallel, he also stepped down from his position as president of the Free Software Foundation (FSF).

“The board will be conducting a search for a new president, beginning immediately,” Stallman backed foundation said in a blog post.

Richard M. Stallman has resigned as FSF president and from the board of directors: https://t.co/4Z8kyrgBuv

Stallman, a legend in open-source movement [in the picture], had argued in a leaked email thread from last week that Marvin Minsky – an AI pioneer who died in 2016 and was accused of assaulting one of Epstein’s victims, Virginia Giuffre – had not actually assaulted anyone.

He also argued over the definition of “sexual assault” and “rape” and whether the term applied to Minsky and Giuffre.

“The word ‘assaulting’ presumes that he applied force or violence, in some unspecified way, but the article itself says no such thing. Only that they had sex,” he wrote, referring to an article about Giuffre’s testimony against Minsky. “The most plausible scenario is that she presented herself to him an entirely willing.”

The thread was leaked to VICE by MIT alum Selam Jie Gano. He said Stallman was responding to a female student’s email about an MIT protest related to Epstein’s donations to the elite university.

The student pointed out that Giuffre allegedly was forced to have sex with Minsky in Epstein’s home in the Virgin Islands. Stallman replied, “it is morally absurd to define ‘rape’ in a way that depends on minor details such as which country it was in or whether the victim was 18 years old or 17.”

Creator of the FSF

Richard Stallman, aka RMS, started the non-profit Free Software Foundation (FSF) in 1983 with a belief that users can and should be able to use, modify and share programs freely.

Stallman along with other technologists built one of the biggest free operation systems known as GNU/Linux. FSF also developed the General Public License (GPL).