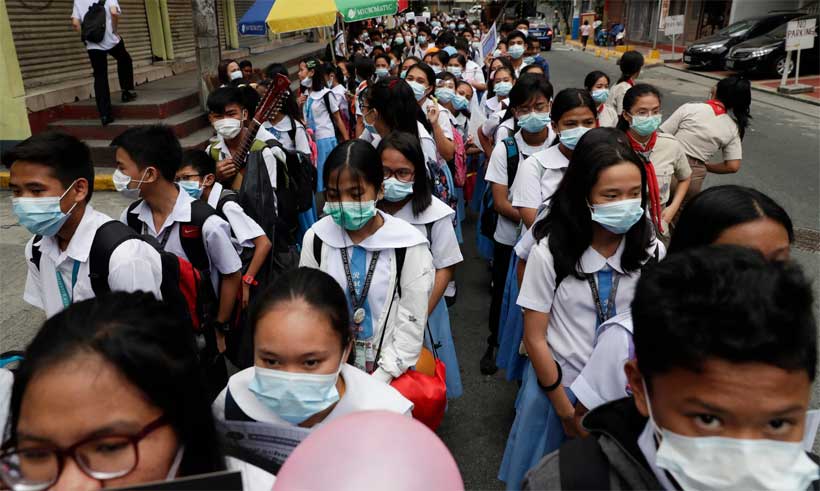 As the overall death toll of the novel coronavirus passed 300 –including a 44-year-old man in the Philippines– and there are more than 14,000 infections confirmed, a student at the University of Massachusetts (UMass) Boston was confirmed to be the 8th person in the U.S. to have the disease.

This individual is a man in his 20s and resides in Boston. He contracted the virus in Wuhan, where the outbreak originated. After he returned from China, he resulted positive on a test done on Friday night in Boston, according to a statement from UMass addressed to its community on Saturday night.

The infected man will stay in isolation until he is cleared by public health officials.

Also, this weekend it emerged the story that more than 100 Princeton University students – including undergraduate and graduate students – had self-quarantined as of Sunday after China’s trips as a precaution.

The students were confining themselves for 14 days following their last time in mainland China.

These cases show that American universities are in the front line, having no other choice than taking aggressive steps to keep the Wuhan virus aways from classrooms and students.

There are 10,000 American students enrolled in academic programs in China.

However, health officials consider more concerning the fact that there are over 350,000 Chinese students pursuing higher education in the United States, many of whom have traveled to their home country in recent weeks.

This makes schools a potential incubator for a widespread outbreak, given the close proximity of dormitory life. The challenge also is not overstating the risk of fanning xenophobia.

On Friday the U.S. implemented travel restrictions Sunday evening in an effort to contain the outbreak. The plan included temporarily denying entry to foreign nationals who visited China in the 14 days prior to the arrival to the US. US citizens returning from the rest of mainland China in the 14 days prior will undergo health screenings at selected ports of entry and face up to 14 days of self-monitored quarantine. Flights from China will be directed through seven airports – John F. Kennedy in New York, Atlanta, Chicago O’Hare, San Francisco, Seattle-Tacoma, Los Angeles, and Honolulu.

In addition, the U.S. Department of State upgraded its warning against travel to China to the highest level, advising Americans not to travel there. This alert is following the World Health Organization statement, declaring the coronavirus outbreak a global public health emergency.

On the other hand, in the United Kingdom, one of the two people to test positive for the new coronavirus is a student at the University of York.

• University of Rochester: 2019 Novel Coronavirus: What You Need to Know