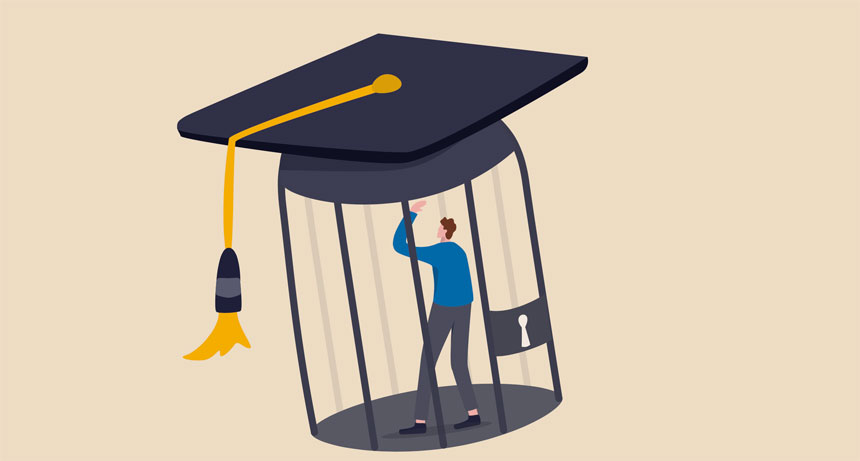 Over 45 million people carry $1.7 trillion in student debt, most of it owed to the Federal Government.

Given this fact, should the U.S. Government cancel student debt?

According to a New York Times editorial article, that is “a bad idea” and “such a move is legally dubious, economically unsound, politically fraught, and educationally problematic.”

“Canceling this debt, even in the limited amounts that the White House is considering, would set a bad precedent and do nothing to change the fact that future students will graduate with yet more debt — along with the blind hope of another, future amnesty,” writes The Editorial Board of The New York Times.

As a candidate, Joe Biden said he supported congressional action to tackle student debt. Now, he is considering canceling it through an executive order.

To date, his Department of Education has taken steps to alleviate some of the loans for borrowers who are unable to pay and forgiven the debts of some students defrauded by for-profit schools. Throughout the pandemic, borrowers have been forgiven the interest that accrued on their loans each month, in addition to not having to pay down the principal of the loan. The Biden administration has extended the pause several times, and it is now set to expire on Aug. 31.

According to The Times, the moratorium on payment of federal loans, which make up more than 90 percent of all student debt, has already cost $100 billion and has canceled the equivalent of $5,500 in debt per borrower.

The White House is considering various proposals for debt cancellation, possibly with income-based limits for eligibility.

“Lawmakers should also consider making it easier to discharge student loans through bankruptcy, a measure of relief that is available for credit card and mortgage debt.” Changes to bankruptcy law in 2005 have also made those protections less accessible.

Since 2021 the Biden administration has approved more than $18.5 billion in loan discharges for more than 750,000 borrowers.

President Biden said at an April press conference that he was considering canceling “some” student loan debt.

“The Biden administration should focus on confronting the problems with college affordability and loan repayment, so more students and graduates have a better chance at that prosperity,” the editorial board concluded.