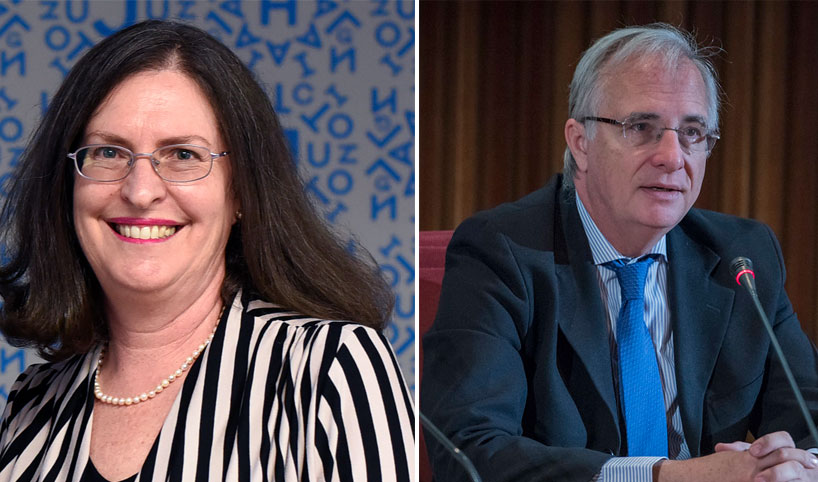 The Leadership Award went to Cheryl Hodgkinson-Williams, “a leading figure in the international open educational resources (OER) research community and currently holds the first-ever UNESCO Chair in Open Education and Social Justice,” the Open Education Consortium described. [On the left in the picture]

The Practitioner Award was given to Carlos Delgado Kloos, Professor and Vice President for Strategy and Digital Education at the Universidad Carlos III de Madrid. [On the right in the picture].

“Professor Delgado Kloos has been an outstanding educator for over 35 years. His most recent contribution to open education includes two MOOC trilogies on Introduction to Java Programming published on edX that have reached near 500,000 registered learners. He has participated in 4 other MOOCs on edX and MiríadaX, and in a course for OpenCourseWare.”

The Student Award recipients were Dirk Ulijn and Bart Meeuwissen, from TU Delft. They participated in the Hyperloop project and created a MOOC, Hyperloop: Changing the Future of Transportation, featured on the edX platform.