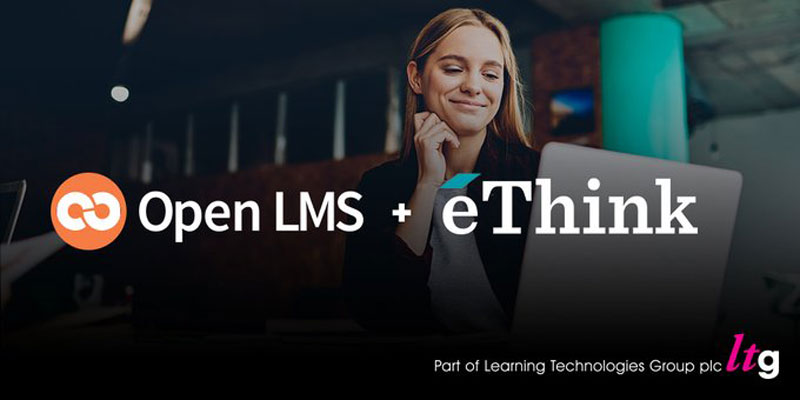 Learning Technologies Group (LTG)—the parent company of Open LMS, formerly called Moodlerooms—announced yesterday the acquisition and integration of eThink Education, a large Moodle provider and Platinum Totara Partner with 325 clients and two million users in 22 countries. eThink will be paid $20 million in cash, according to the Baltimore Business Journal.

eThink’s founders, Brian Carlson and Cheryl Patsavos will join the Open LMS management team as the new Head of Sales and Head of Customer Success. Founded in 2008 and headquartered in Baltimore, eThink has a workforce of 39 people.

Open LMS—which bills itself as the largest commercial Moodle provider—said that since its purchase and separation from Blackboard in March 2020, has added 23 additional resellers. In September 2020, it bought Australian Moodle leader eCreators. Today, it claims to serve over 1,460 clients and eight million users across 100 countries.

The Indianapolis-based Open LMS platform explained to IBL News that it plans “to consolidate and innovate the commercial Moodle offering for educational institutions and corporations worldwide.”

“We can further support those who need a fully-functional, open-source solution to manage courses and deliver engaging content experiences at any time and anywhere,” said in a statement Phillip Miller, Managing Director for Open LMS.

Open LMS and @eThinkEducation Education Join Teams to Provide World-Class #Moodle Support. What does this mean? Even better support, an expanded portfolio of products and services, and increased capacity to innovate. Learn more about it here: https://t.co/ogX3HcfwnS #LMS #EdTech pic.twitter.com/iWk2yXNBmu