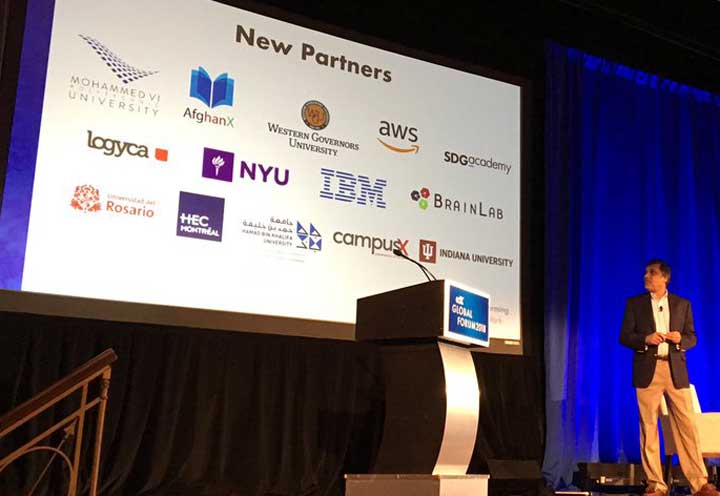 The announcement was made by edX’s CEO, Anant Agarwal [in the picture], during the edX Global Forum event in Boston, MA.

In addition to those universities, edX has attracted other private and public institutions as partners, such as:

In the last year, other organizations who joined edX, and whose courses have been publicized, are Indiana University, IBM, AWS and SGA Academy.