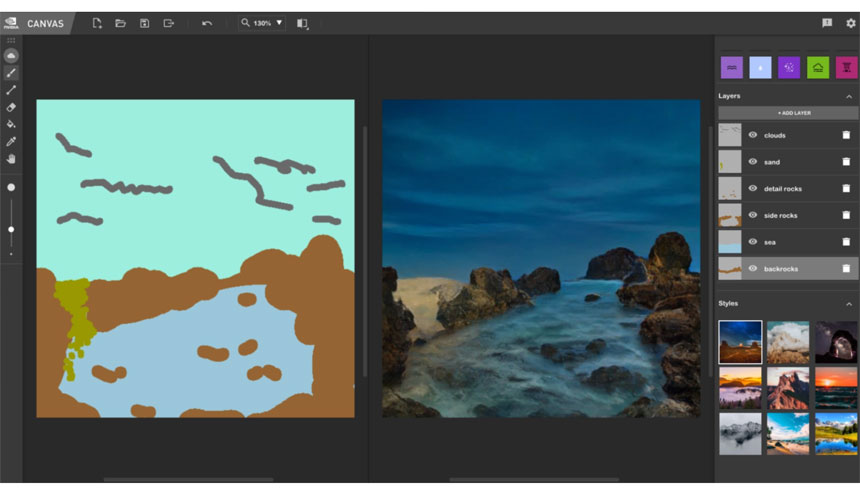 NVIDIA Canvas is part of NVIDIA Studio, a program that provides creators with hardware and software tools to assist in realizing their creative visions. It is a much more user-friendly version of the prototype GauGAN, deployed in 2019. It runs on a Windows 10 equipped computer with a decent Nvidia graphics card.

The software uses a form of AI called generative adversarial networks (GAN). To deliver realistic portraits, it has been trained on an NVIDIA DGX system using over 5 million images.

“The tool isn’t just stitching together pieces of other images, or cutting and pasting textures, but creating brand new images, just like an artist would,” explained Stanley Tack, from NVIDIA.

The created image can be imported into Photoshop, to continue refining it or combining with other artwork.