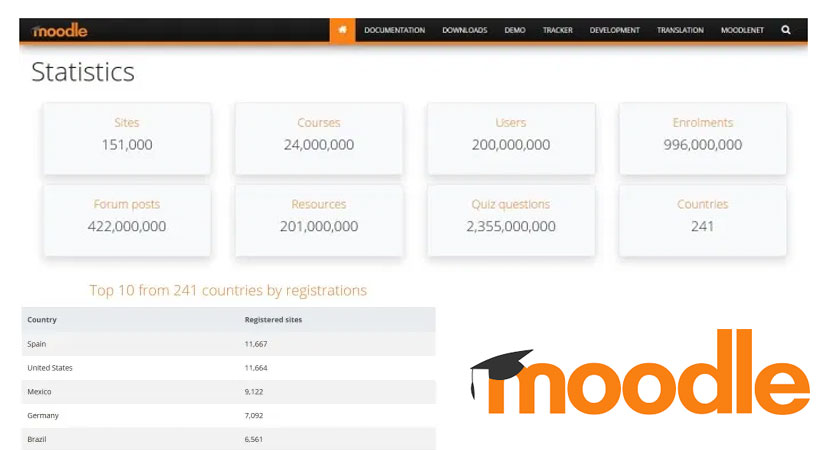 Moodle, the legacy open-source LMS, continues its growth. Now it accounts for over 200 million users, according to the company data. The schools’ lockdown and the move to learning have given Moodle a push.

Martin Dougiamas, CEO at Moodle HQ in Australia, said there are 150,000 created with its software.

According to LMSPulse.com, Spain has become the number one Moodle country, overpowering the U.S. In addition, the rise of Colombia to the top 10, denotes the dominance of the Spanish language on the Moodle universe.

Since its release, 18 years ago, the Moodle platform has been adding upgrades. Recent improvements include the H5P integration, MoodleNet, Participants filter, Accessibility, Safe Exam Browser, and the mobile portal apps.moodle.com.

The Moodle 3.9 version is expected within three weeks, on June 8th.