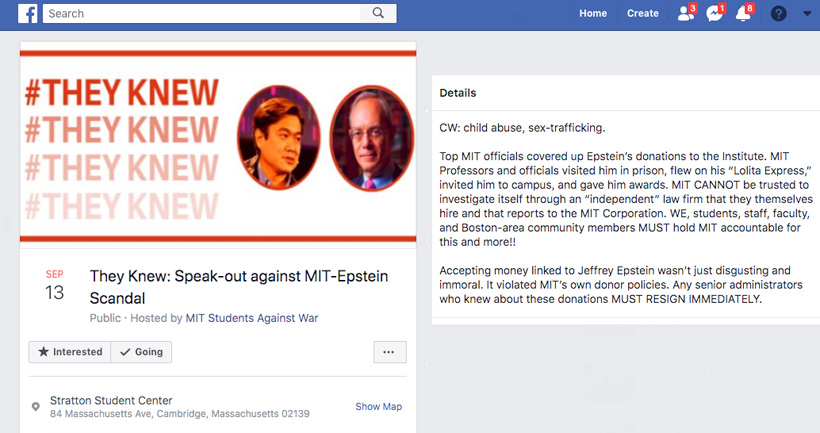 Calls for the L. Rafael Reif’s resignation bubble up one day after MIT president admitted he not only knew about the donations by Jeffrey Epstein to the university’s Media Lab but also signed a thank you letter to the convicted sex offender. 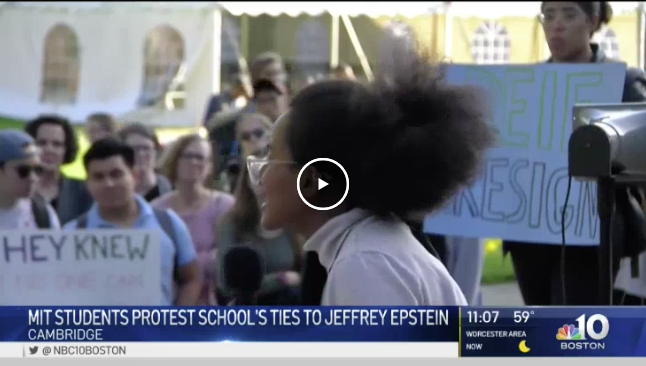 “There was a cover-up from the top,” student Husayn Karimi said. “So we want accountability from the top, and we don’t trust that the administration can investigate themselves and hold themselves accountable, cause that’s what got us into this mess in the first place.”

“Accepting money linked to Jeffrey Epstein wasn’t just disgusting and immoral,” the group’s organizers wrote. “It violated MIT’s own donor policies. Any senior administrators who knew about these donations MUST RESIGN IMMEDIATELY.”

“Jeffrey Epstein cultivated relationships with several MIT figures, including Media Lab founder Nicholas Negroponte, former Media Lab director Joi Ito, deceased AI “pioneer” Marvin Minsky (who is accused of assaulting one of Epstein’s victims), and Professor Seth Lloyd, who visited Epstein during his prison term and accepted grants afterwards. Joi Ito visited his properties, flew on his private jet, obtained 1.2 million from Epstein for his personal investments, and raised millions for the media lab with Epstein’s help. However, MIT had internally “disqualified” Epstein as a donor. That meant MIT officially would not take Epstein’s money. But Joi Ito wanted Epstein’s money anyway, and so Media Lab officials and other top MIT officials, such as MIT’s VP of Resource Development Julie Lucas as well as Richard MacMillan (a senior director under Lucas), worked together to cover up Epstein’s donations by anonymizing them,” says the MIT Students Against War group.

The rally against @MIT‘s Epstein ties reached into history, and out beyond Cambridge, to call out institutional misogyny and the influence of dark money in higher education.

Don’t hear a peep from #MeToo about @MIT “liberal” President Rafael Reif’s cabal & collusion w Epstein? Where are the outraged women? Where are the MIT faculty? Or, have the vulnerable elites become so DUMB they think Reif’s “investigation” will cure everything? Reif MUST resign.