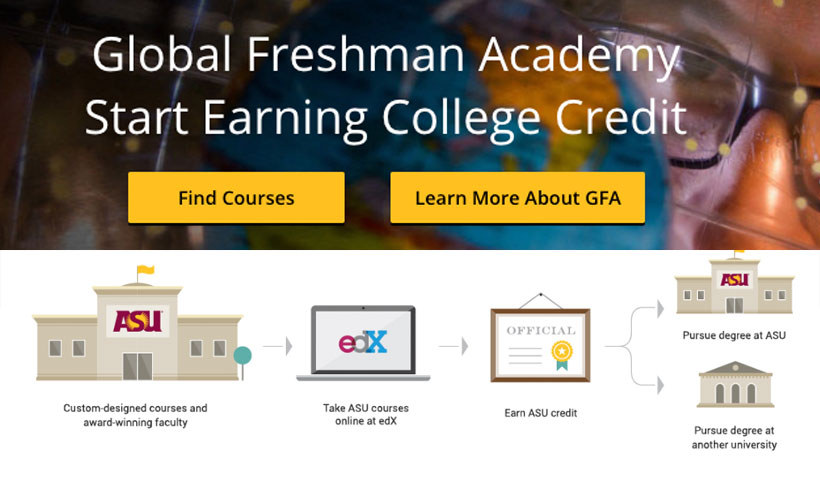 When this project developed in partnership with nonprofit edX, and was launched in 2015, the expectation was to disrupt undergraduate education at the freshman level by attracting thousands of students. To achieve it, the Global Freshman Academy (GFA) allowed students to obtain college credit and pay for it only if they successfully pass the courses. “This a unique way to start your undergraduate education,” said then Anant Agarwal, edX CEO.

“Hundreds of thousands of students enrolled in the academy’s free online courses, but four years later, only a fraction have completed a course, and just a minuscule number paid to receive college credit for their efforts,” reported Inside Higher Ed yesterday. More specifically, out of 373,000 people who enrolled, only 8,090 completed a course with a grade of C or better, just over 2 percent of all students enrolled. Around 1,750 students (0.47 percent) paid to receive college credit for completing a course, and fewer than 150 students (0.028 percent) went on to pursue a full degree at ASU.

“The university has quietly moved in a new direction,” wrote Lindsay McKenzie, at Inside Higher Ed.

Philip Regier, Dean for Educational Initiatives at ASU, explained, “the university has been focusing its attention on a new online initiative called Earned Admission.”

This new project will be hosted on a custom Open edX platform and include high-demand courses [catalog].

The Earned Admission pathway allows any person over 22 years old to gain admission to ASU if they complete four courses and earn a 2.75 GPA. Courses can be taken for credit at a cost of $400 per course.