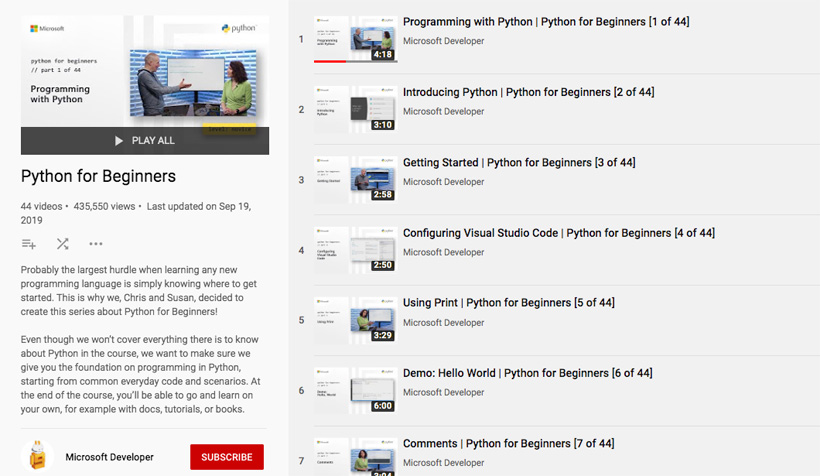 Microsoft has launched a video series to learn Python for beginners on YouTube.

It consists of 44 videos of three-to-four minutes taught by two developers at Microsoft: Christopher Harrison, a senior program manager at Microsoft, and Susan Ibach, a business development manager from Microsoft’s AI Gaming unit.

The course focuses on Python version 3.x, but Microsoft says the lessons should still be valuable to users on Python 2.x.

A page on GitHub titled “Getting started with Python” contains additional resources.

There are many reasons why Microsoft is investing in Python courses. First, it is an opportunity to expand the population of Python developers using Azure for building AI applications. Second, Microsoft’s own Python extension for Visual Studio Code (VS Code) is its most popular extension in the company’s marketplace for developers.

In the newest annual ranking of popular programming language by IEEE Spectrum, Python is seating in top place, just ahead of Java, C and R.