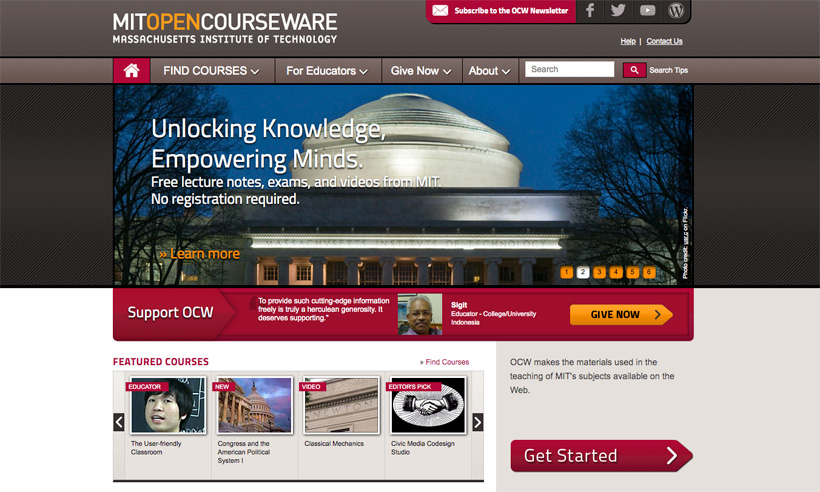 In May 2012, Susan Hockfield, former president at MIT, made a statement that turned into a belief at the institution: “Online education is not an enemy of residential education but rather an inspiring and liberating ally.”

The idea caught fire, and MIT increased its commitment to online education.

The same year, MIT teamed up with Harvard University to launch edX, the free open-source platform for digital learning. It also increased the number of online classes.

MITx, the online learning unit of the institution, reports an average number of people who register for an MITx MOOC every day of 3,307. So far 176 MOOCs have been produced.

More interestingly, 99% of MIT undergrads have taken a class that uses MITx tools. Also, 15% of undergrads took an MITx MOOC before being admitted.

The most popular MITx class on edX.org, Introduction to Computer Science using Python has achieved a total of 1.3 million enrollments to date.

This number shows that the impact is global. In fact, 75% of learners live outside the U.S. In total, 3.8 million unique learners from 200 countries have earned 195,000 certificates. Only 1,805 learners earned MicroMasters credentials, and 76 went on to complete MIT master’s degrees on campus.

In 1999, President Charles Vest asked a faculty committee how to best use the Internet to further MIT’s mission. He got risky advice: put all of MIT’s course materials online for free.

MIT’s Open Learning initiative has served amazingly well both its students and learners around the world. It is one of the breakthroughs in education in the last two decades.