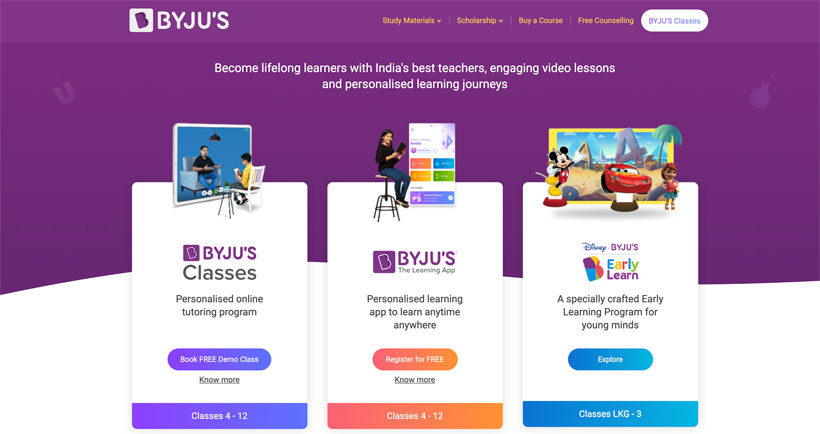 An ed-tech startup company valued at $10.8 billion after raising $2.1 billion?

The massive growth of online demand in India, due to a nationwide lockdown on traditional education, has made it possible.

Byju, the leading Indian learning platform, announced yesterday it raised $500 million in a new financing round that values the company at $10.8 billion, Bloomberg reported. According to Crunchbase, Byju’s has raised $2.1 billion to date.

The round was led by Menlo Park-headquartered Silver Lake. Existing investors Tiger Global, General Atlantic, and Owl Ventures also participated in it.

“Our classrooms in India are changing possibly for the first time in 100 years and I’m really excited about the opportunities that we have to redefine the future of learning,” Byju’s said in a statement, although declined to reveal the size of the round and its valuation.

Byju prepares students to pursue undergraduate and graduate-level courses. It claims over 64 million registered students and 4.2 million annual paid subscriptions. Since the shutdown, Byju’s has added 20 million new students on its platform and doubled its revenue–after it reached $373 million for the year ended March 2020.