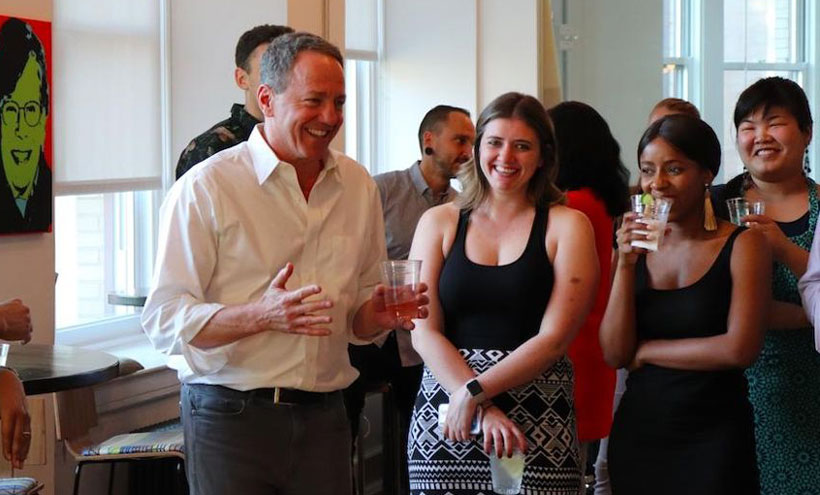 Noodle Partners, Jonh Katzman’s created and managed OPM (Online Program Manager), announced this week it raised $16 million in Series B funding. The round was led by ValueAct Spring Fund and joined by the Lumina Foundation and existing investors.

The New York City-based company –which has now raised more than $60 million–explained that it intends to use the funds to accelerate its growth.

The controversial business area of OPM includes over 60 providers, although with different approaches. Noodle Partners’ offer is based on providing some of the services to universities, outsourcing others to third-party firms.

John Katzman himself –in the picture above– created the OPM space when he founded the currently leading traded company 2U, back in 2008.

As reporter Tony Wan explained in edSurge.com this Tuesday, Noodle charges colleges $22,000 per month in management fees alone for the first program and $12,000 per month for each additional program. It also charges a per-credit-hour fee for each student who enrolls in an online program. These costs do not include fees paid for services from other providers in Noodle’s network.

“Even according to Katzman’s optimistic cost estimates, it can take two years and $3 million to launch a new program from scratch—and another two years for that program to generate positive revenue. Noodle also offers to borrow money on behalf of the institution from MassMutual, the life insurance and financial service company, to cover the upfront cost of launching new programs.”