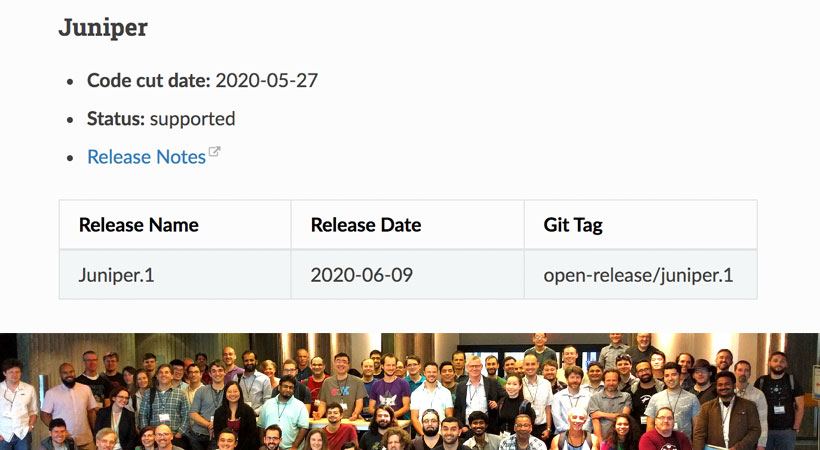 The edX organization quietly released yesterday its new Open edX version named Juniper.1. There have been no announcements nor release notes.

This release was based on the code of the master software from May 27th, 2020.

“Juniper” is the tenth Open edX version of the platform.

Its name follows the adopted practice of picking botanical tree words and classifying them alphabetically.

The next version will be named Koa. The past versions were: