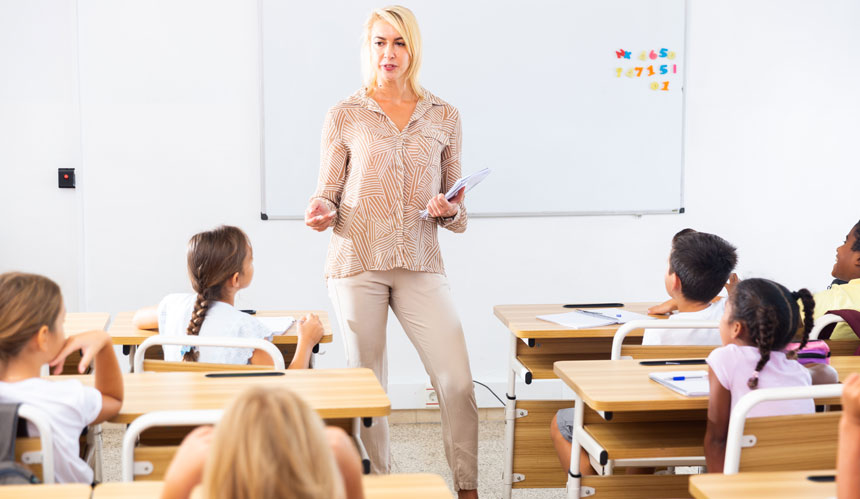 International institutions, particularly UNESCO, called this month to recognize the importance of teachers worldwide while improving their compensation and working conditions.

“The pandemic has shone a light on the irreplaceable value of the teaching profession in society but also on the difficult working conditions facing many teachers,” said UNESCO’s and UNICEF’s General Managers, Audrey Azoulay and Henrietta H. Fore.

On the recent “World Teachers’ Day” celebrated on October 5, international humanitarian leaders called to invest in teachers and prioritize them in global education recovery efforts.

Most recent OECD data indicate that teachers’ salaries vary widely around the world.

The highest salary takes place in Luxembourg, where educators earn $101,000 per year, on average.

In the U.S., primary teachers make closer to $62,000, behind Germany, Canada, Netherlands, Australia, and Ireland.

Inside our country, teacher conditions vary from state to state. New York has higher-than-average salaries. In contrast, New Hampshire and the District of Columbia were found to be among the worst places for teachers because of relatively low teacher salaries and high teacher turnover rates.

Before the pandemic, researchers estimated that one out of six American teachers was likely to leave the profession. More recent survey data from 2021 suggests that one out of four teachers considered quitting after the 2020-2021 school year. Quitting happens when instructors feel that they have been exploited rather than due to financial compensation. 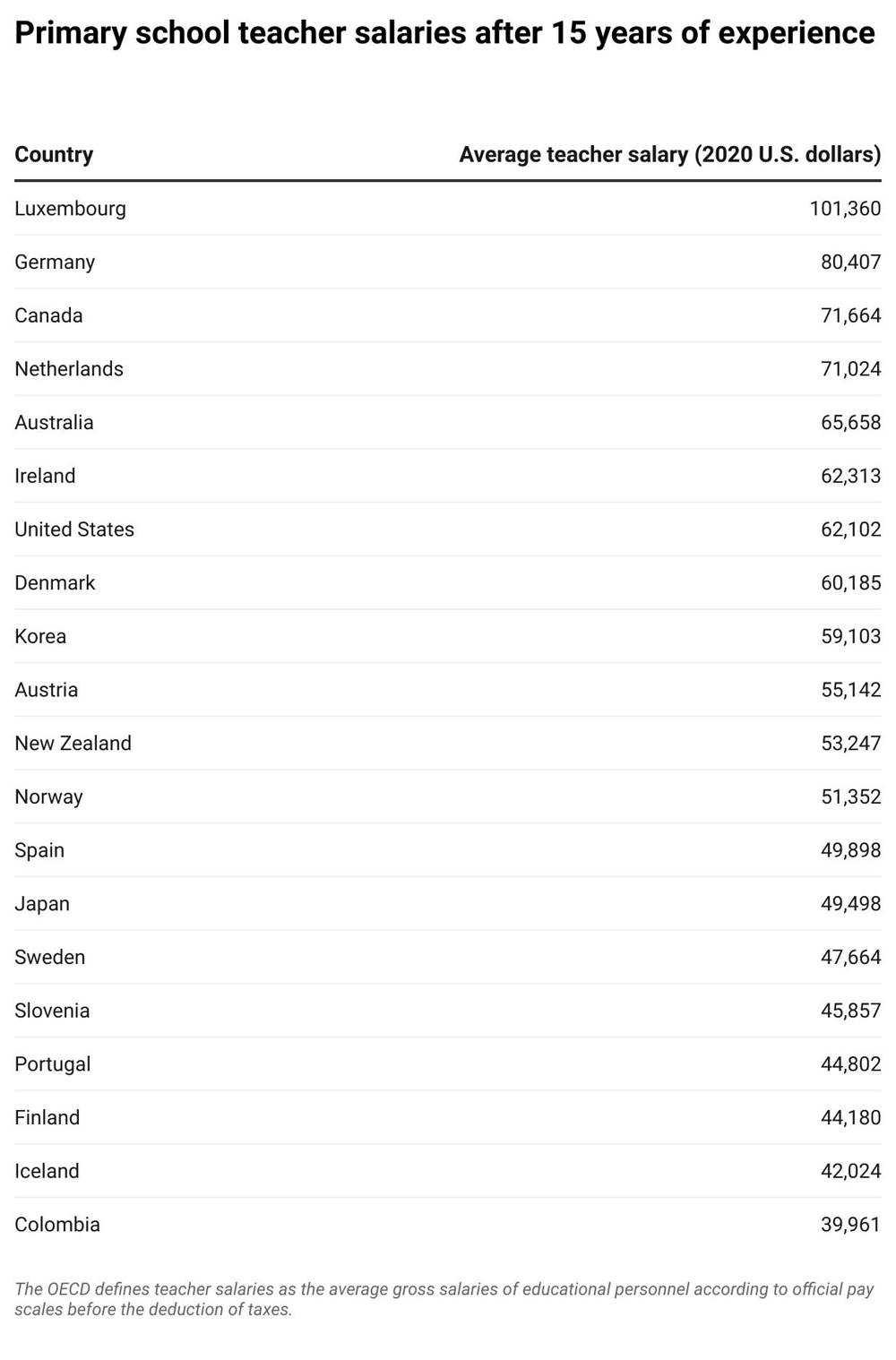