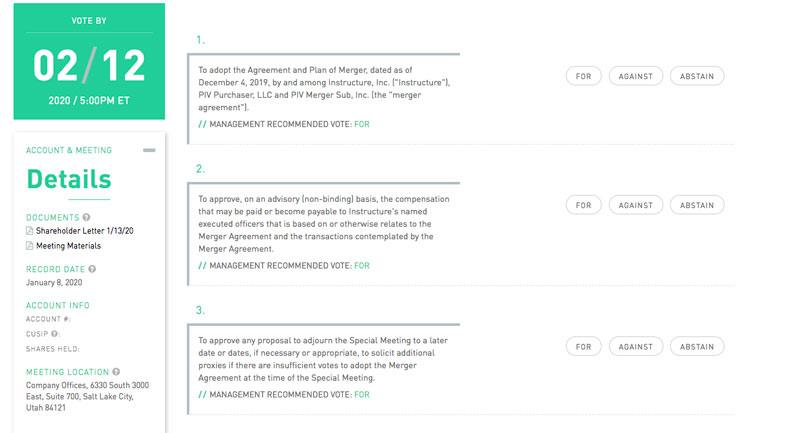 However, Instructure doesn’t plan on any additional layoffs following the closure of the transaction, sources told IBL News.

Last week, Instructure, home of Canvas LMS, went through a restructuring process which resulted in 100 full-time employees losing their jobs. They were primarily working on the money-losing Bridge corporate platform.

Despite the fact that private equity firms usually lay off lots of people, Thoma Bravo, the new expected owner, has promised that it won’t reduce Instructure’s staff on the new path to profitability.

The company’s path forward –reflected in the agreement and plan of the merging of December 4, 2019– will be voted by shareholders on February 13, during a special meeting at Salt Lake City headquarters.

If the sale is approved and completed, shareholders will receive $47.60 in cash per share. (See above the three questions the stockholders will vote).

For the third quarter ended December 31, the company reported subscription revenue of $63.9 million, an increase of 25% over the previous quarter in 2018, as well as a net cash balance of $116.8 million.