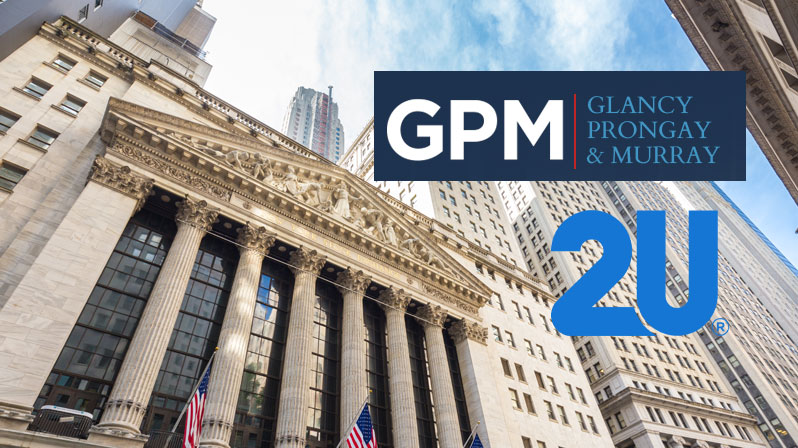 A first class-action lawsuit against 2U (NASDAQ: TWOU) is being filed, as more investigations are being conducted. [See update below]

The Los Angeles-based Glancy, Prongay & Murray LLP announced on August 7 that filed a class-action lawsuit in the U.S. District Court for the Southern District of New York.

Then on July 30, 2019, after the market closed, the Company reported a larger-than-expected loss for the second quarter of 2019. The Company also revised its guidance for fiscal 2019, expecting a net loss between $157.5 and $151.5 million, compared to prior net loss guidance between $79.0 and $77.2 million, because it would “moderate [its] grad program launch cadence.”

In addition to those suits, more law firms are initiating investigations into 2U with respect to possible violations of federal securities laws.