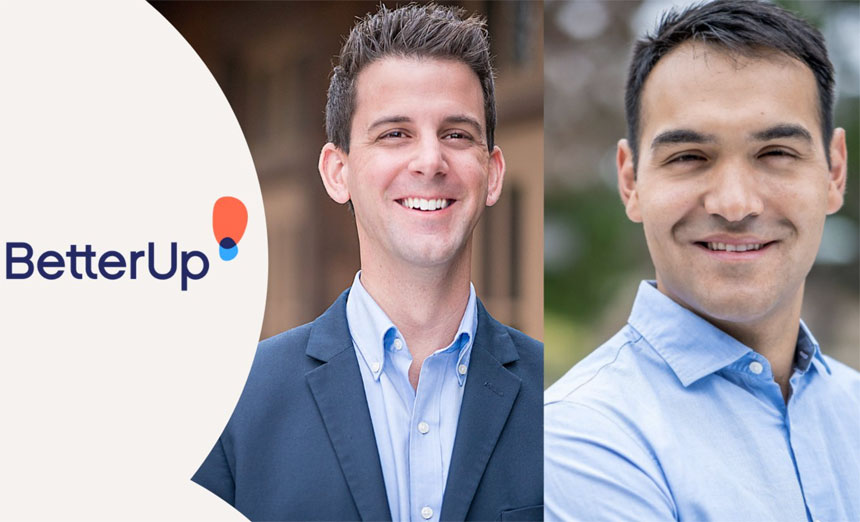 The new influx of capital will be used to open new offices in Munich, London, and Amsterdam, and “fuel new product innovation to further democratize coaching and reach hundreds of thousands of individuals within an enterprise.”

BetterUp’s products, which include 1:1, group coaching, and on-demand coaching, include topics such as diversity and inclusion, parenting, nutrition, and sleep, “enriching the understanding of human emotion at scale.” The start-up combines behavioral science, AI technology, and human interaction.

“As we collectively redefine the workplace, it’s clear that every organization and every employee critically needs support, growth, and transformation, from leadership and career development to mental fitness, connection, and belonging,” said Alexi Robichaux, CEO and Co-Founder of BetterUp. [In the picture above, on the left]

With a network of 3,000 coaches and an undisclosed number of behavioral scientists, the organization reported that it reached $100M in annual recurring revenue in July of this year. It serves over 380 enterprise businesses including Hilton, Salesforce, bp, NASA, Chevron, and Snap Inc.

It has hired Prince Harry, Duke of Sussex, as Chief Impact Officer, Tom Van Gilder MD, JD, MPH as the company’s first Chief Medical Officer, and Omar Dawood MD, MPH, MBA as President of BetterUp Care. The company said that it has provided over a million coaching sessions in the last eight years.

1/ I believe that Mental Health is THE issue of the decade- for families, companies, as well as healthcare providers. @BetterUp is a category-creating company providing a unique solution for employers to invest in the mental health of their employees. https://t.co/UzYNcIOK1v