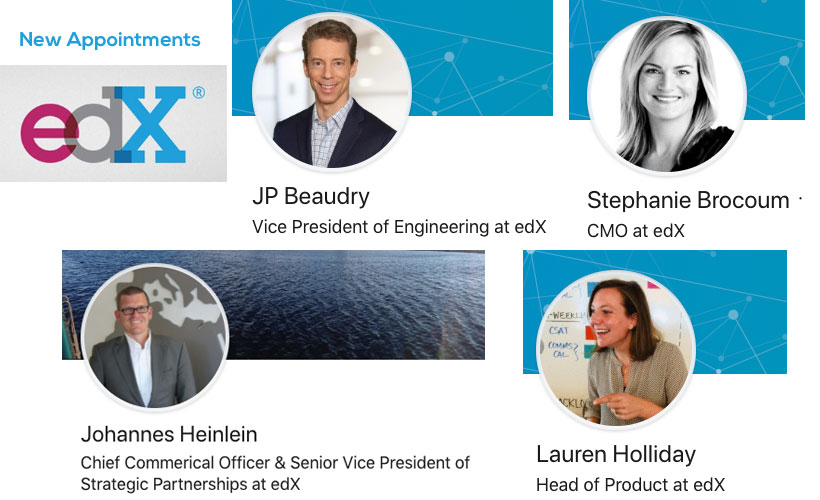 The edX organization announced September 10 the hiring of a new CMO and VP of Engineering, as well as the promotion of two officers.

“These appointments come at an exciting time for edX, as the company continues to grow, expanding its global learner base to over 20 million learners and offering new, innovative programs and credentials designed to help learners advance their careers,” edX explained in a statement.

Stephanie Brocoum, former CMO at Yaymaker and vice president of marketing and member of the founding team at Rue La La, will lead marketing activity for edX by “developing and implementing strategies to further build the edX brand and to drive continued awareness of edX’s innovative offerings”.

In 2014, edX hired another Vistaprint executive, Wendy Cebula, as CCO and President.