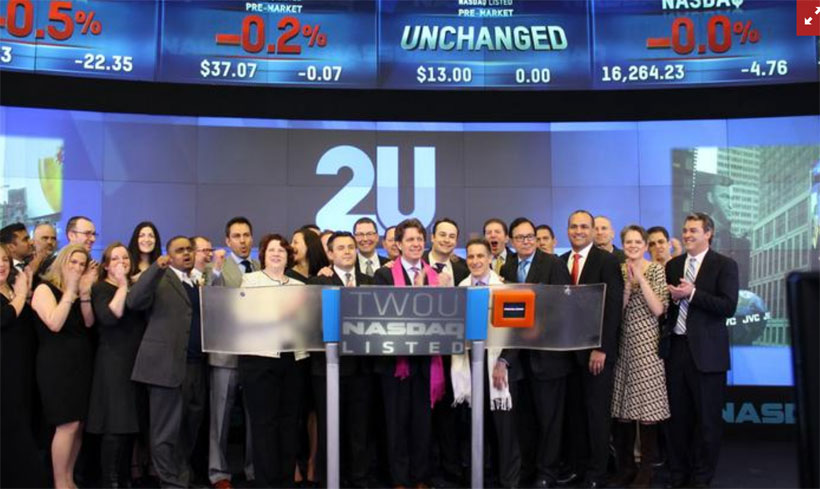 2U, the most visible company in the OPM (Online Program Management) industry, announced on September 11 what it called “an unprecedented new Framework for Transparency”, which “will offer students, universities, and policymakers data on outcomes, quality, institutional independence, and more for the degree and non-degree offerings.”

“2U becomes the first OPM to openly call for, and embrace, greater transparency,” the Lanham, Maryland-based company said in a statement.

“We call upon other OPMs across the industry to join us in committing to greater transparency,” 2U Co-Founder and CEO Christopher “Chip” Paucek added. 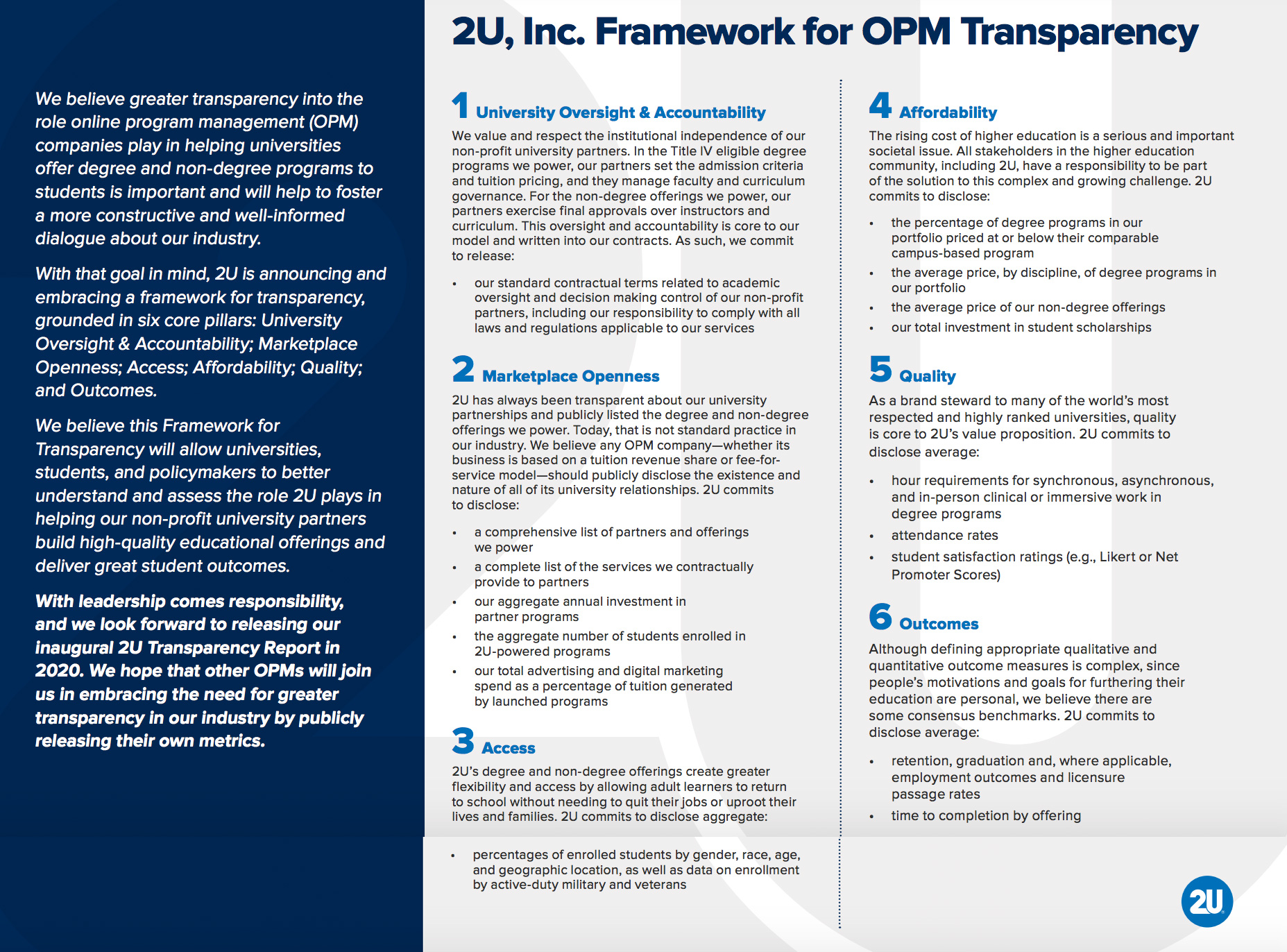 Facing growing scrutiny, 2U’s move isn’t as big as it looks, given that the company is publicly traded (NASDAQ: TWOU) and needs to recover investors’ confidence after losing over half of its market value in the last seven weeks.

Secondly, the controversial company needs to self-regulate, getting ahead of potential regulatory changes.

In addition, it would be an attempt to put pressure on competitors such as Pearson, Wiley, Academic Partnerships, Noodle and Bisk to do the same.

“Paucek believes that releasing more information about the company and its operations will help prove just how ‘excellent’ it is,” wrote Doug Lederman in Inside Higher Ed.

In relation to the OPM industry, the Century Foundation published a report yesterday titled “Dear Colleges: Take Control of Your Online Courses.” It elaborated on the relationships between 79 public colleges and OPM companies and included a database of scores of contracts outlining the terms of the arrangements.

“Our hope is that this action-focused report will assist schools and those who care about them to jumpstart a paradigm shift in how online education in the United States is done,” the Foundation said.