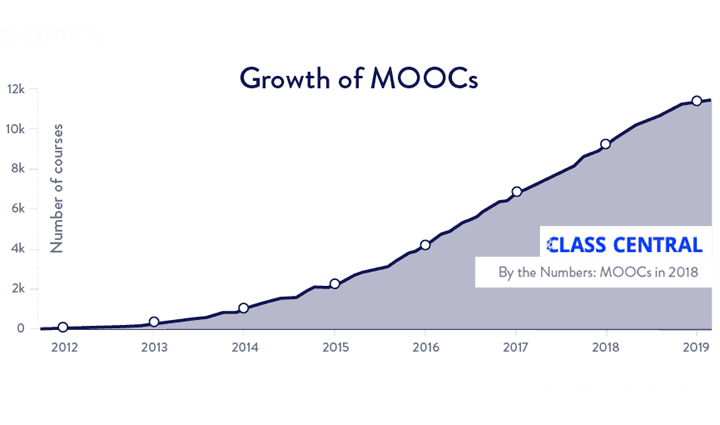 Top MOOC platforms significantly increased their revenues in 2018, after adding new paid models and experiencing an increase in users.

Class-Central estimated that 900 universities launched 2000 new courses to the list this year. [See the graphic above] The total number of online degreesis 47, up from around 15 in 2017.

One of the most successful cases has been Coursera for Business, which grew300% and increased its portfolio to over 1,500 customers globally.

Class Enhances Its Zoom-Based Platform with a Breakout Room Feature

Almost 800 Million Youngsters Do Not Have Basic Literacy Skills, Says...