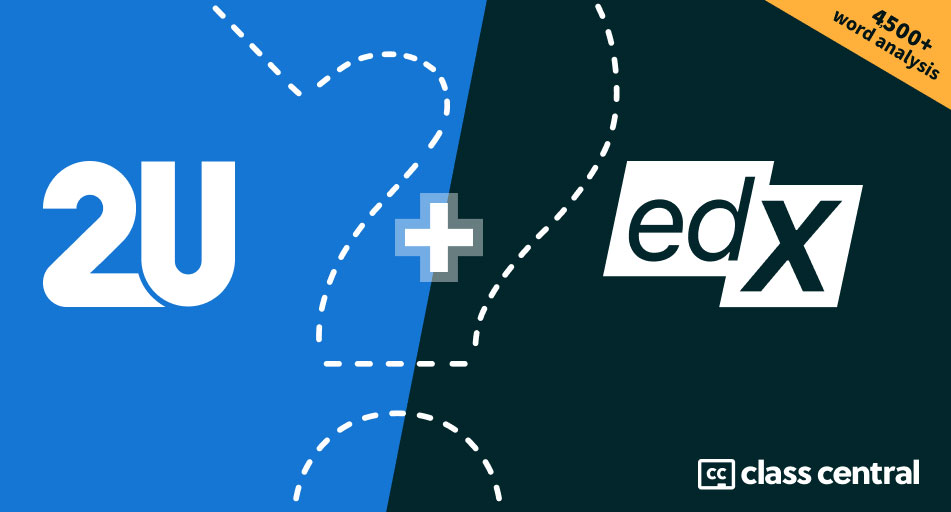 2U’s purchase of the educational site edX.org will make Coursera.org stronger since edX is surrendering the ideological advantage of its nonprofit status. In addition, 2U is relegating edX to the level of “marketplace” with millions of leads; 2U might use those leads to push thousands of learners into debt, following conversion practices through its “marketing engine.”

This is the view of Dhawal Shah, an expert in online education and founder and CEO of course aggregator site, Class Central.

Dhawal Shah’s perspective, expressed in his latest article, “2U + edX Analysis: Win for 2U, Risk for edX, Opportunity for Coursera”, contradicts the dominant narrative of win-win, developed by 2U and edX and amplified by MIT and Harvard University top management.

Shah’s research doesn’t include the Open edX software, which legally will be owned and controlled by a new nonprofit flooded with $800 million and governed by MIT and Harvard. This open-source platform emerges as one of the winners of the transaction, according to analysts.

These are the main ideas of the CEO of Class Central:

– Combined listings: 2U products will be listed in edX’s catalog. When you visit edX and search for a course, you’ll see programs from edX and 2U combined, with 2U products potentially given priority.

– Email marketing: registered users might start receiving targeted emails regarding 2U programs based on their activity on the website. For instance, if you enrolled in a data science course, they will send you promotional emails for data science degrees or GetSmarter courses.

– Landing pages: 2U might also take advantage of edX’s strong presence on Google to create specific landing pages for their online degrees or boot camps.”

Last week, 2U is acquired edX for $800 million in cash. The narrative seems to be that their combination will pose a threat to Coursera. But I am not so sure.

I just published a 4500-word data-driven analysis, the longest article I have ever written.https://t.co/2aDUyf5g7D