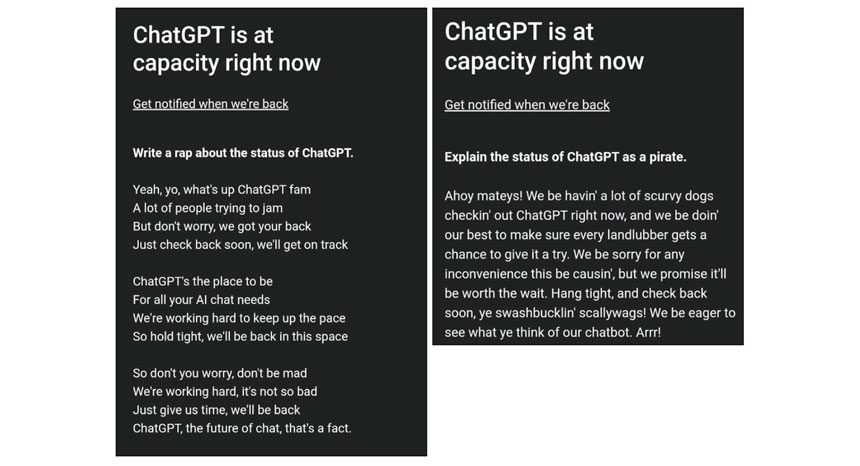 Viral phenomenon Chat GPT has been preventing people from creating new accounts and using the service in the last two weeks. Even existing users get ‘at capacity’ warnings preventing them from loading their history or engaging with the chat.

Released in November 2022, OpenAI’s breakout starts as Chat GPT has been blowing people’s minds with its responses, prompting a flooding demand.

Visitors are mostly seeing a message that reads: “Chat GPT is at capacity right now.”

It signals that the chat.openai.com site is in high demand and has reached its capacity for users per session and/or a query load.

Experts say that OpenAI is putting limits on the usage of its servers, given that they are expensive to run.

Amusingly, instead of canned messages, ChatGPT has been doling out creative messages in limerick rhymes, rap, and even in pirate-speak.

ChatGPT is still a prototype. The company recently announced that a premium version is coming, which you can now join a waitlist for. This is a way for OpenAI to monetize the chatbot and give prioritized access to paid subscribers. 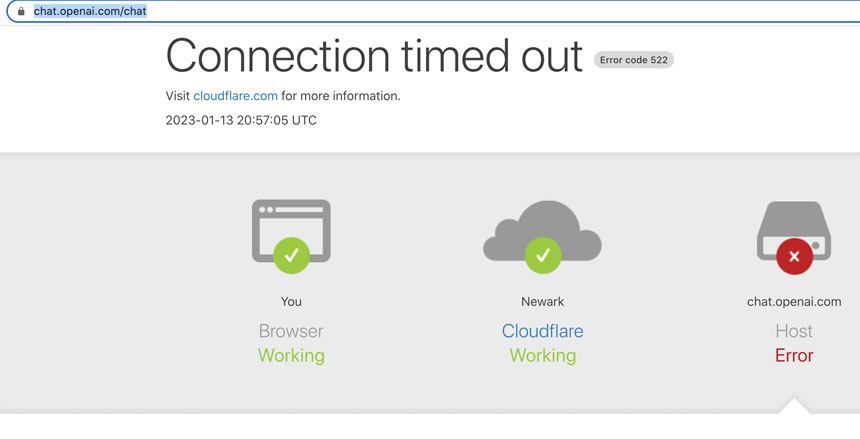