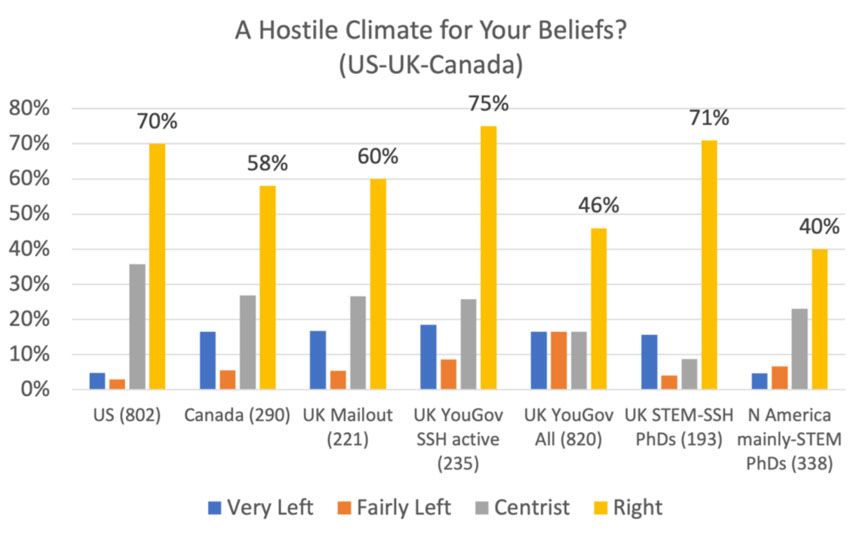 A new study that investigates authoritarianism and political discrimination among colleges and universities, shows that a “majority of conservative academics experience a hostile environment for their beliefs in U.S., Canadian, and British universities.”

However, most professors do not back “cancel culture” in its most authoritarian forms.