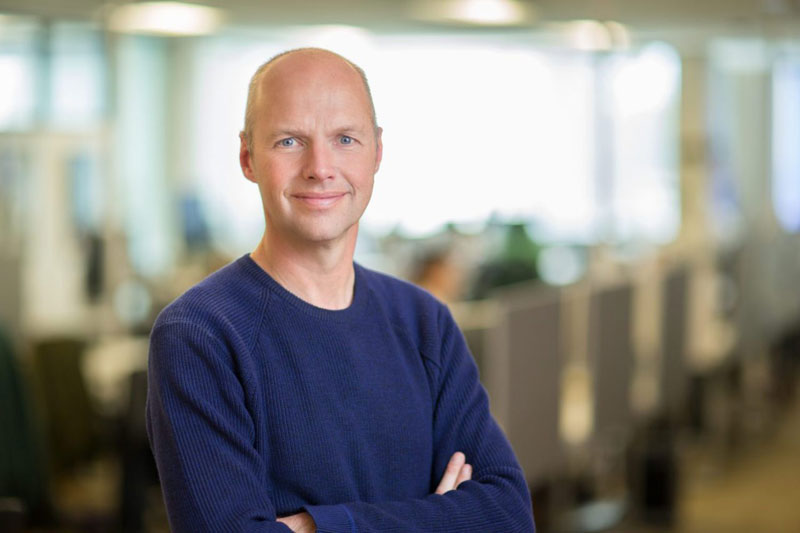 Sebastian Thrun, Founder and CEO at Udacity, is not shy when he claims, in a recent post, that his company will become the “University of Silicon Valley”. “Every student will now have technical mentors, expert reviewers, career coaches, and personalized learning plans on their side, in every Nanodegree program,” he writes before welcoming everyone “to the future of e-learning”.

Class Central criticized Sebastián Thrun’s missteps with its restructuring plan, initiated in late 2018, with three rounds of layoffs of 40% of its employees, and offices around the world closed or downscaled. In addition, Vishal Makhijani stepped down as CEO and the Founder stepped in at the company he created in 2012. The startup, with over $90 million in revenue, now employs 300 full-time equivalent employees and about 60 contractors.

Sebastian Thrun, 52-years old and born in Solingen, Germany, is a tough entrepreneur, who completed his Ph.D. in computer science and statistics in 1995 at the University of Bonn. He taught computer science at Carnegie Mellon and Stanford University and worked at Google as VP, founding Google X and Google’s self-driving car team. He led the development of the robotic vehicle Stanley which won the 2015 DARPA Grand Challenge. Thrun is also the CEO of Kitty Hawk Corp, a flying-car startup. He is known for his work on probabilistic algorithms for robotics. At the age of 39, he was elected into the National Academy of Engineering in DC.

He describes himself as “a scientist, educator, inventor, and entrepreneur”. What Sebastian Thrun doesn’t highlight, however, is the fact that he is running a company with the iron rod of a Wall-Street CEO –which isn’t that cool in elitist Academia. Instead, he claims that his “mission is to democratize education by providing lifelong learning to millions of students worldwide.”

A scientist whose company has achieved the status of a unicorn of $1 billion is certainly not an easy sell in higher education. Being a billionaire and a genius scientist only happens in a Hollywood play. And superheroes as Tony Stark in Iron Man, are fictitious.

What everyone we talked to agrees on is that Sebastian is a relentless innovator in online learning.

He is convinced that more support results in improved outcomes for students and helps them to find better jobs.

“Only 4% of students ever complete a MOOC. At present, our Nanodegree programs have a 34% graduation rate, thanks to the tireless efforts of the hard-charging Udacity team. When paired with our new personalized mentorship programs in past experiments, cohorts have commonly exceeded 60% graduation rates.” (…) “For our Nanodegree Plus pilot, an independent accounting firm verified that among our career-seeking and job-ready graduates, 84% found a new, better job within six months of graduation. And for that 84 %, the salaries went up, by an average of $24,000 per person. So much that on average, those students recouped their entire Udacity tuition fee in just three weeks.” (…) “No other online learning platform provides this level of end-to-end personalized mentorship.”

Along with tutoring and mentoring, another signature area of innovation at Udacity is credentialing.

Sebastian Thrun states that Udacity’s Nanodegree program –with 75,000 graduates and 200 industry partners– is “the new fourth degree”, beyond “the three common university degrees — the Bachelor’s, Master’s, and PhD.”

“The Nanodegree program is well on its way to becoming a de-facto standard for hiring and corporate training in the tech industry. This is in no small part because partners like Google, Amazon, Facebook, AT&T, IBM, Mercedes, and so many others help us develop our curricula, and hire our graduates. If Udacity was an actual university, we would be “accredited by industry.” Who would know better what it takes to get a job at your dream company than our own corporate partners?”

Grand statements. It would be interesting to know what Stanford University, and other elite schools and platforms like Coursera and edX think about all of this.

A Super Student Who Completed 350 Online Courses within Three Months...

ZipRecruiter Partners with Training Platform to Create a Catalog of 250...

A UNESCO/United Nations Report Introduces a Methodology to Connect Schools to...