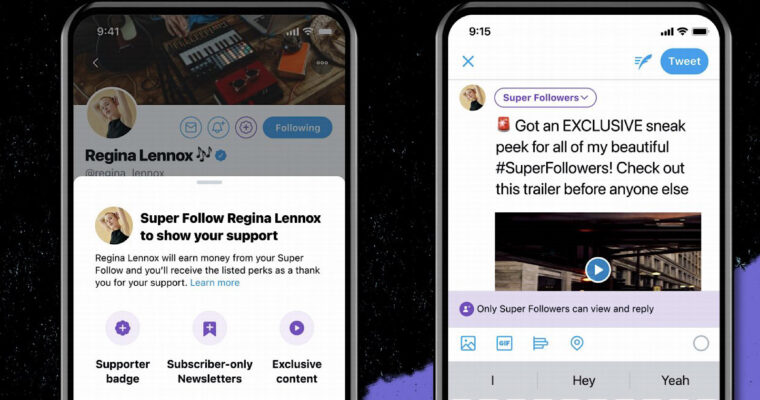 Twitter unveiled this month its new paid subscription service called “Super Follow”. It is due to be launched this year.

This feature will allow account holders to directly monetize their audience on Twitter by charging a monthly fee. This service will compete with existing services like Patreon and OnlyFans.