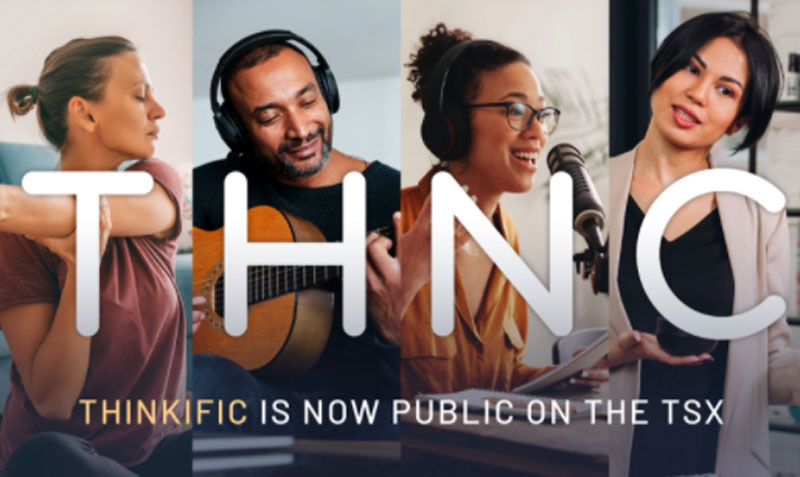 BMO Capital Markets and CIBC Capital Markets acted as joint book-runners and co-lead underwriters for the IPO. The underwriters have been granted an over-allotment option to purchase up to an additional 1,846,500 subordinate voting shares at a price of $13 per share. This option, which can be exercised within the next 30 days, could generate additional gross proceeds of up to $24 million and raise Thinkific’s net proceeds to an estimated $174.5 million.

Thinkific is backed by Rhino Ventures, which, through Rhino Co-Invest 2 Limited Partners, planned to buy approximately $25 million subordinate voting shares through the offering, according to Thinkific’s final prospectus. After the IPO, Rhino Group, along with Greg and Matt Smith own a total of 57 million multiple voting shares, accounting for 79 percent of Thinkific’s outstanding shares, and 97 percent voting power.

“Going public will not change our mission,” said the company’s CEO. “We truly believe that education is the most powerful force for positive change in the world, and commerce is the rocket fuel that powers education to far greater reach and impact.”