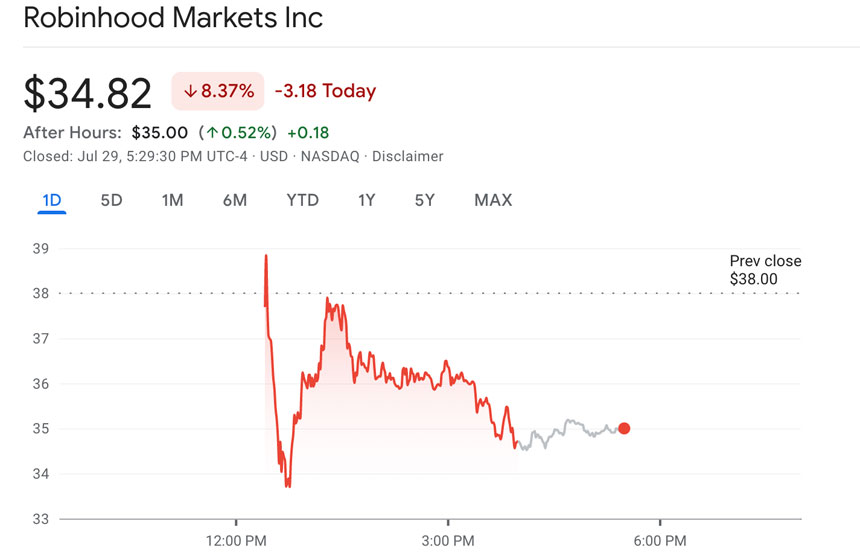 Usually, the hottest tech IPO price is above expectations, but this wasn’t the case with Robinhood. Big money managers didn’t show any appetite for this stock. It was a big blow for the trading app company and for GenZ and Millenials who bought shares during the IPO.

The stock opened at $38 apiece, matching the price the company agreed to sell its shares a day earlier, at the low end of the IPO target range ($38 to $42). However, the stock soon sharply dropped as much as 12% to $33.35 at midday in New York.

After it opened for trading, 49 million shares worth $1.8 billion changed hands in the 30 minutes. By 1 pm in New York, Robinhood was among the most actively traded stocks in the US, surpassing the likes of Apple and Tesla by the number of shares traded.

The $38 opening trade gave Robinhood a valuation of roughly $32 billion, putting it in the orbit of other large brokers like ETrade, which had an $11 billion equity valuation when it was bought by Morgan Stanley last year. Robinhood is valued at 10.5x forward EBITDA.

We are all investors 🔔 pic.twitter.com/ZGv0bkElBG