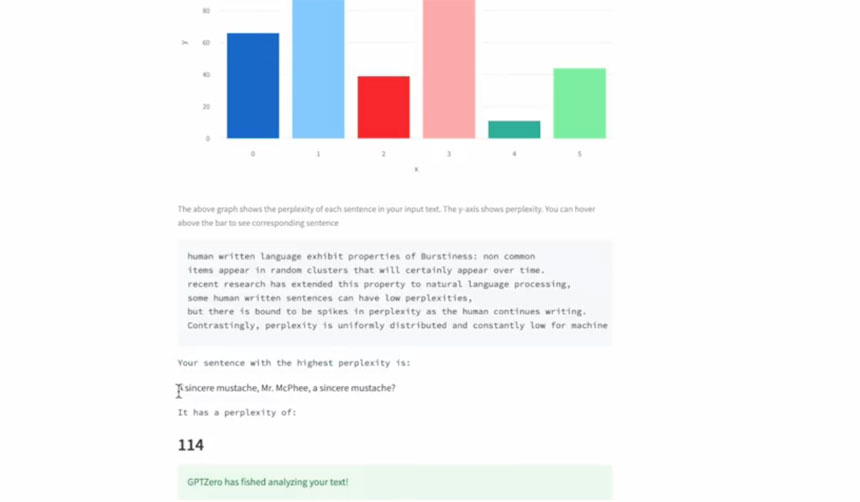 First, it determined that a human authored a New Yorker article; then, it correctly identified ChatGPT as the author of a Facebook post.

Increased AI plagiarism after the viral popularity of OpenAI’s ChatGPT is deeply concerning educators around the country.

Tian’s motivation for creating GPTZero was academic in nature. He tweeted that he thought it was unlikely that “high school teachers would want students using ChatGPT to write their history essays.”

According to the Guardian, OpenAI is currently working on a feature for “statistically watermarking” ChatGPT outputs.