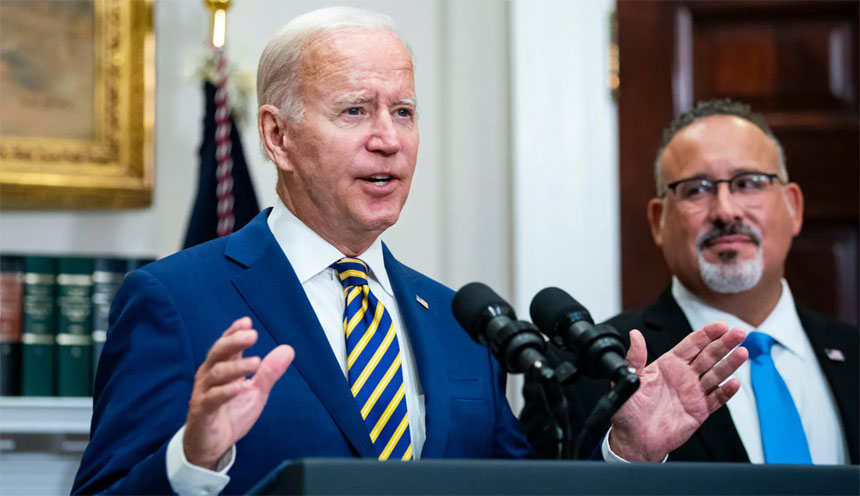 U.S. President Joe Biden announced loan debt relief for millions of Americans yesterday. Democrat lawmakers praised the initiative, and Republicans railed against it, claiming that forgiveness is unfair to those who tightened their belts to pay for college. Market analysts expressed their fear that this debt forgiveness could exacerbate inflation.

The Education Department estimates that 27 million borrowers qualify for up to $20,000 in relief.

Current students are also eligible for debt relief as long as they were dependent on their parent’s income.

Around 45 million people owe $1.6 trillion for federal loans taken out for college in the U.S.

In remarks from the White House, President Biden said: “All of this means people can start finally to climb out from under that mountain of debt and finally think about buying a home or starting a family or starting a business.”

He also announced that a pandemic-era pause on student loan payments, which has been in effect since March 2020, would expire at the end of the year.