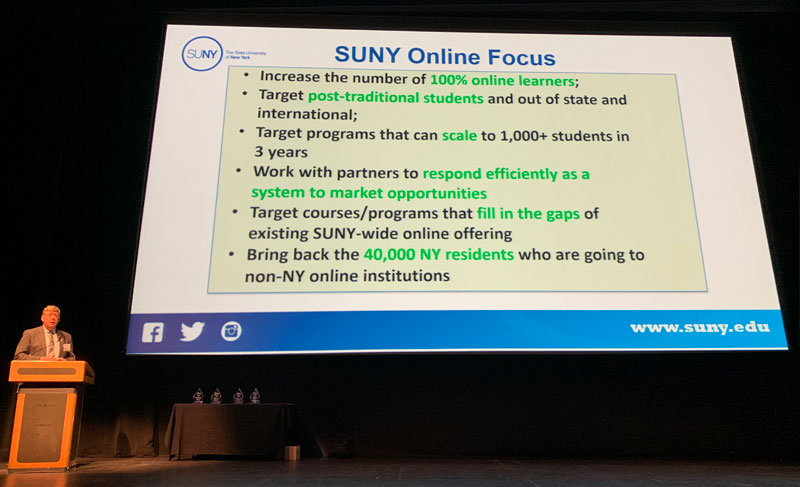 SUNY, the State of New York University System, will heavily focus on increasing its online offer, by scaling its main programs to 1,000 students in three years. It will also target post-traditional learners, not only in New York but also out of the state and internationally. The goal is also “to bring back the 40,000 New York residents who are going to non-NY online institutions”.

Tod A. Laursen, Senior Vice Chancellor and Provost, unfolded all of these remarks on Wednesday during the opening keynote of the CIT 2019 conference in Purchase, New York — a gathering of 400 educators and technologists within the SUNY system.

This plan will be implemented throughout multiple phases, until its launch in the Fall of 2020. Part of the strategy will be the data initiative, based on moving towards predictive data analytics.

Brian Digman, new CIO of SUNY, whose keynote was titled “Disruptive technology arrives”, insisted on the importance of data to predict the future. “Data is the new oil, but data wisdom is yet to be revealed,” said during his remarks at CIT 2019.

See some of the slides below. 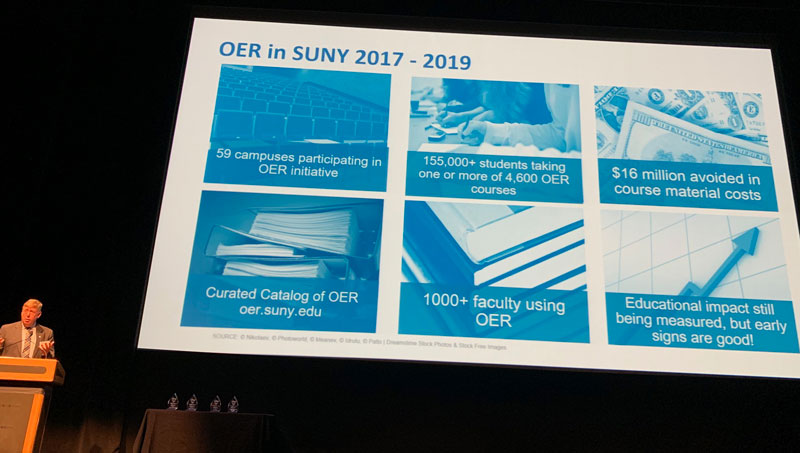 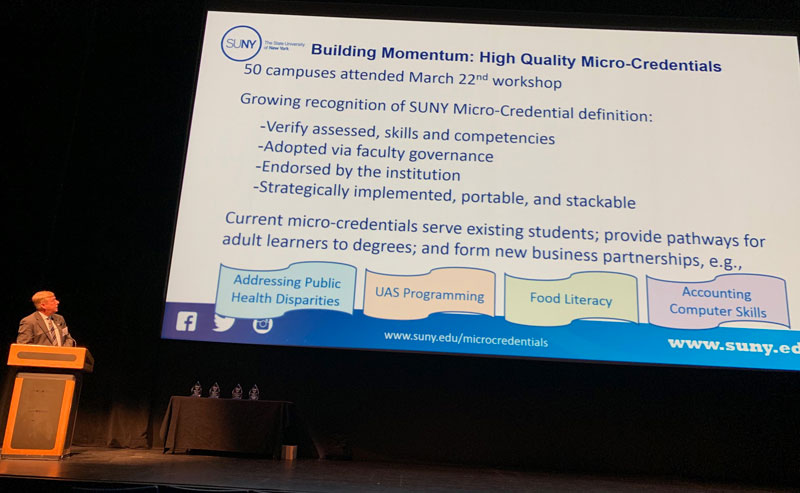 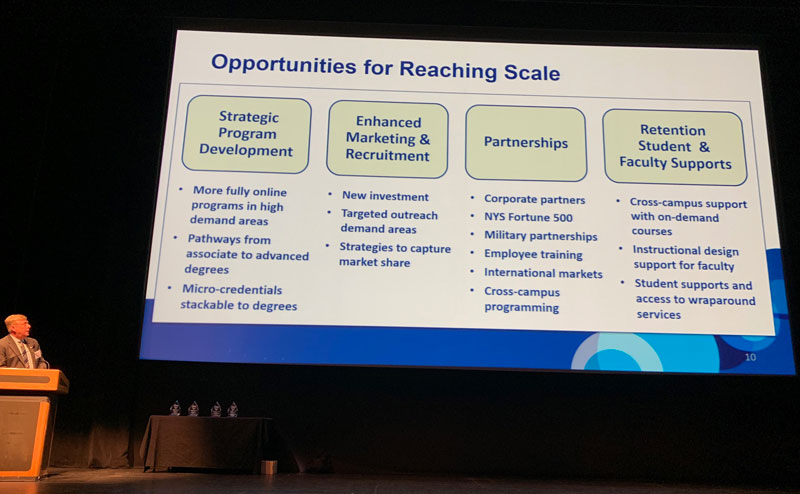