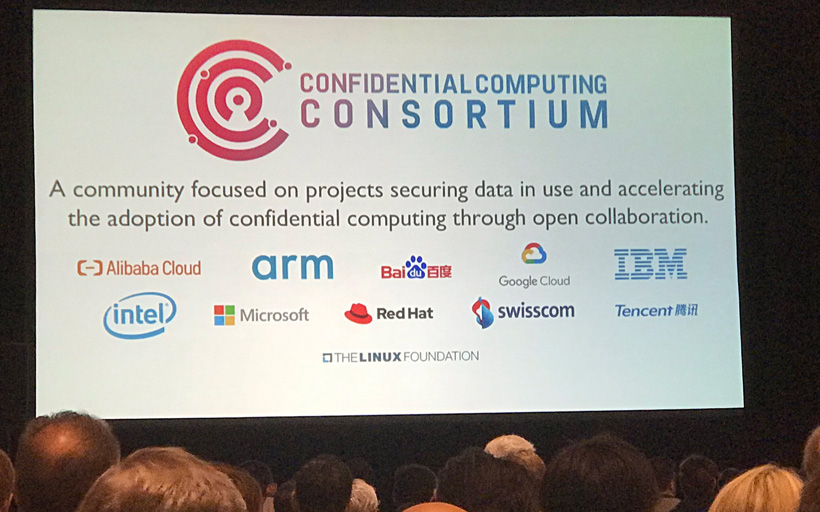 The Linux Foundation announced on August 22 the formation of the Confidential Computing Consortium (CCC), a nonprofit organization dedicated to boosting the confidential computing market during the opening of the Open Source Summit North America – which returned to San Diego.

The CCC will assess technical and regulatory standards, and develop open-source tools for Trusted Execution Environment (TEE) development, also known as enclaves. The projects will be available under the MIT open-source license.

“Essentially, the end goal is to enable better data security by protecting that data in use,” said Jim Zemlin, executive director at The Linux Foundation, in a statement.

By confidential computing, the CCC refers to technical solutions for isolating encrypted data inside a computer’s memory without sharing it with the rest of the system, reducing exposure and giving users more control and transparency.

Tech giants committed to this initiative include Microsoft, Intel, Google Cloud, IBM, Red Hat, Swisscom, Arm and the Chinese companies Alibaba, Baidu, and Tencent. Developers and academics will be involved, too.

The CCC will also serve as a foundation for education and outreach projects.

For Zemlin, the only way to arrive at this solution for all these different entities is to unify.

The consortium will be funded through membership dues and will be accepting applications for members.

The announcement of the CCC wasn’t positively received by everyone. “Wow, that name for this, and its goals and those companies being behind it,” said a critic sarcastically at the Phoronix community. “This must be a big joke,” they continued.

Open Source advocates coming together to ensure we don’t have to sacrifice security for convenience #OSSummit pic.twitter.com/HTZilqWAsu

The start of the Confidential Computing Consortium announced at the #OSSummit, working to secure data in use. pic.twitter.com/7HOGgMEOgI