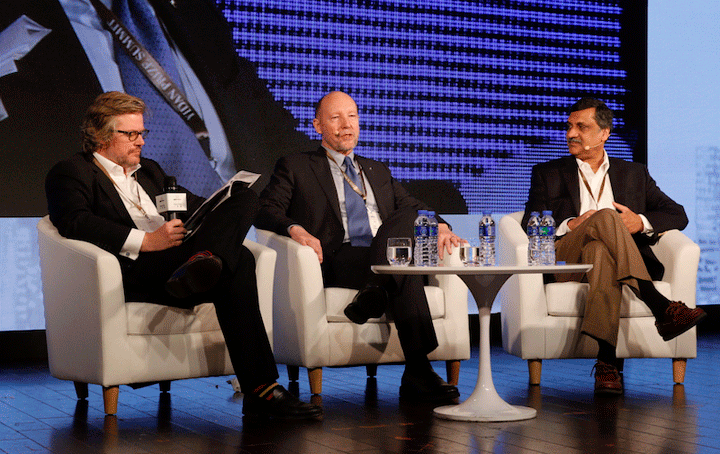 Anant Agarwal, CEO at edX, decided to channel the funding received with Yidan Prize of $1.8 million to “reimagine undergraduate online education” and foster stackable credentials in this area.

That amount corresponds to 50% of the prize, which was granted at an award ceremony in Hong Kong, last December 10. Half of the $3.9M was in the form of a cash prize to the laureate (Mr. Agarwal), while the other was a project fund.

“In the next three to five years, we want to utilize the proceeds to truly reimagine the undergraduate degree. We want to see anybody anywhere in the world to get undergraduate plus education,” said Anant Agarwal during a conversation with Professor Larry Hedges, laureated also with the Yidan Prize, and Tom Blackwell, CEO at EM. [In the picture; also, see the video below].

These credentials, registered with the name of “MicroBachelors”, could be priced at $10,000.

The MicroBachelors project, which started with a grant of $700,000 from the Lumina Foundation, mirrors MicroMasters’ successful initiative. The idea follows Anant Agarwal’s view of “education as a Lego.”

However, edX won’t be the first MOOC platform to launch a Bachelor’s degree. Coursera scored this achievement by releasing the Bachelor of Science in Computer Science from the University of London earlier this year.