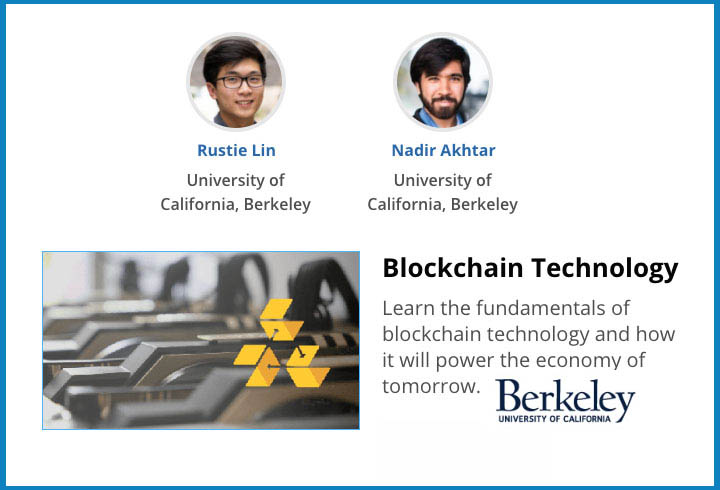 Understanding the blockchain technology and how it has started to transform many industries is critical. Following this trend, the edX platform is adding another course this month.

UC Berkeley is launching this September 29 a course developed by faculty from its Computer Science department. The course titled Blockchain Technology will provide for six weeks a wide overview of many topics related to this space, including the foundation of Bitcoin.

Currently, the main blockchain courses on edX have been produced by the Linux Foundation.

Blockchain-based networks, decentralized apps and distributed ledgers are quietly changing the world. They will allow to collectively trust what happens online, starting with banking and shopping online.

We should consider blockchain as a historical fabric underneath recording everything that happens—every digital transaction; exchange of value, goods and services; or private data—exactly as it occurs. Then the chain stitches that data into encrypted blocks that can never be modified and scatters the pieces across a worldwide network of distributed computers or “nodes.”

Think about a blockchain as a distributed database that maintains a shared list of records. These records are called blocks, and each encrypted block of code contains the history of every block that came before it with timestamped transaction data down to the second.

A blockchain is made up of two primary components: a decentralized network facilitating and verifying transactions, and the immutable ledger that network maintains. Everyone in the network can see this shared transaction ledger, but there is no single point of failure from which records or digital assets can be hacked or corrupted.