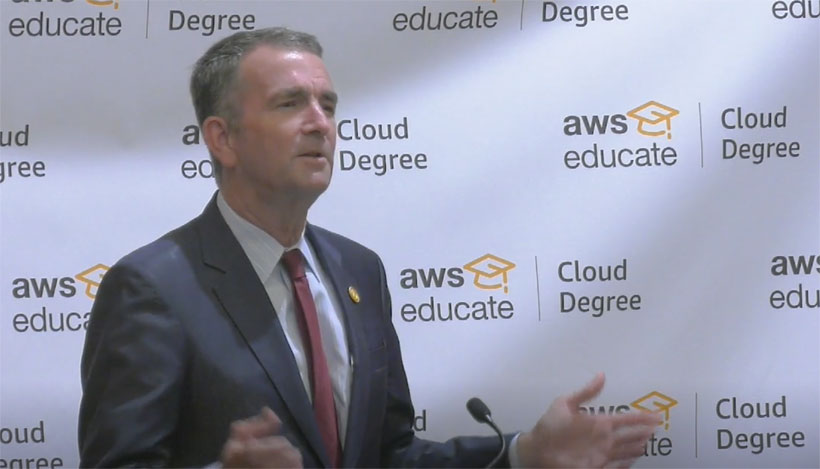 Its latest move points out to Virginia, where, given the booming tech sector and with Amazon’s new operations – it is launching its second headquarters in Arlington, VA – employees are in a growing need for workers with cloud computing skills.

Since September 2016, job postings requiring these skills in Virginia have increased from approximately 5,000 to 20,000 per month, according to official data.

George Mason University and Northern Virginia Community College were two of the first higher education institutions in the country to offer cloud computing degrees. Starting in fall 2020, students will be able to pursue a degree path in cloud computing from the two-year program at NOVA to the four-year one at George Mason. The 63-credit program initially enrolled 30 students and has grown to 200.

Now, as a result of this new collaboration, these programs will be replicated at other community colleges and four-year institutions, and high school students will have the opportunity to receive college credit through dual enrollment and early college models.

These are the institutions committed to implementing the cloud computing degree program in Virginia:

The subsidiary of the tech giant Amazon has teamed up so far with over 2,400 educational organizations, including K-12 schools, two-year colleges, and universities. Today, AWS’s running programs are located in New York, Los Angeles, Dallas and the State of Louisiana.

Other large companies such as Google, Microsoft, and Facebook are also becoming more involved in providing alternative credential programs.