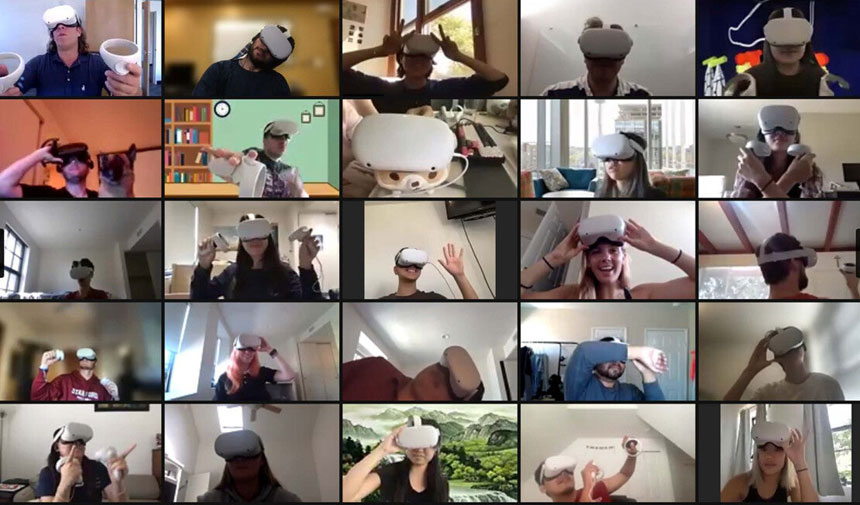 Taught by Professor Jeremy Bailenson, Communication 166/266 Virtual People deals with the emerging VR technology and its use cases. It covers the expanding influence of VR in many different fields, including popular culture, engineering, behavioral science and communication.

The course is part of a study carried out by Stanford’s Virtual Human Interaction Lab. The research is looking at how virtual technologies can be effectively used in educational settings.

Professor Jeremy Bailenson came up with the idea after teaching students about VR for nearly 20 years. After that time, he decided that the best way to demonstrate its abilities was to create a full course experience with VR. He is the author of the seminal VR text Experience on Demand, which also is one of the class’ assigned readings.

According to the course structure, students will use lecture time to take part in VR experiences by themselves or as a group, including class discussions.

In 2021, 263 students, all with their own VR headsets, across 20 weeks and two courses, spent over 3,500 shared hours together in the Metaverse.

Each week, the course centers on different areas where VR can be used in the real world. According to the course structure, students will use lecture time to take part in VR experiences by themselves or as a group, including class discussions.

Among the class exercises was a guided meditation in outer space. Students were able to create performances with different avatars.

“In Virtual People, the students don’t just get to try VR a handful of times. VR becomes the medium they rely on,” professor Bailenson said in a statement. “Nobody has networked hundreds of students with VR headsets for months at a time in the history of virtual reality, or even in the history of teaching.”

Facebook’s parent company Meta, creator of the Quest device, says that such headsets will play a big part in a future “metaverse” it plans to build with other companies.

In addition to the headsets, the course also uses the Engage virtual communication software to connect the students and teachers. Engage is used by major companies and educational organizations to hold virtual meetings and events.
.

Data Shows that Remote Work Is Disappearing: Less than 10% Work...