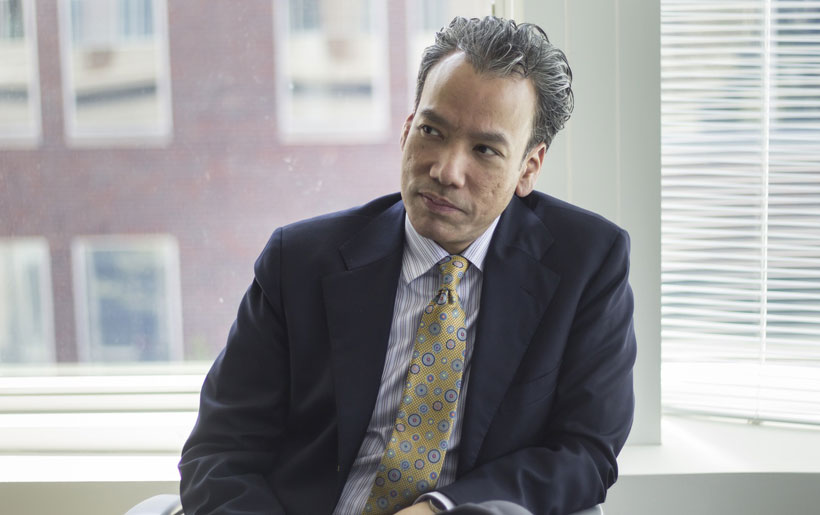 It Takes a Network to Teach a Learner: Robert Lue Believes Blockstore Will Bring About the Next Step for Open edX

When massive open online courses (MOOCs) (re)emerged in 2012 as a popular educational phenomenon, they took the ‘course’ as their base unit. To this day, learning material on edX, Coursera, and FutureLearn is organized, tagged, and searched via course.

Professor Robert Lue, the Richard L. Menschel Faculty Director of the Derek Bok Center for Teaching and Learning at Harvard University, was involved in the creation of edX. He now believes that, for the full potential of MOOCs and open educational resources (OER) to be realized, the reign of the ‘course’ in open education needs to come to an end. The next step, he believes, will be the Blockstore.

“We have been thinking about what the next evolutionary step in online learning platform would look like; that’s open-source and that’s at scale,” Lue says to IBL News.

“What is so often talked about over and over again is: some large number of students will enroll in an online course, but only a tiny percentage will actually complete it. There is much carrying on about how terrible that is and how MOOCs are a failure. In my view, that is a complete misunderstanding of how people are actually using the materials.”

“Quite often, someone has a particular question. There is some aspect they want to know about chemistry, or about some Shakespeare play, they go into the course, they get what they need, and they come back out. So unless you’re looking for a credential of some kind, you go in to get exactly what you want.”

Blockstore Will Break Up edX Courses Into Discrete Assets

Currently on Open edX, courses are housed in a framework known as the Modulestore. Its successor, the Blockstore, will break up courses into smaller, discrete pieces of learning content. Lue likes to refer to these as ‘assets.’

Once fully implemented, learners will be able to search the edX platform for specific videos and texts (each of which will be meta-tagged in a detailed manner), instead of needing to progress through the entire course to get what they’re looking for. All of this material will only be available if those who created it give their permission to share it.

“Better yet, a teacher will be able to pull those out, maybe assemble them with other things, and use them as they see fit,” Lue said.

Teachers will also be able to access the open quizzes, homework, and other course supplements on edX.

“I think learning is one of the fundamental rising tides that will lift all boats in terms of progress, in terms of people being able to lead a better life, in terms of society actually improving,” Lue said.

The Potential of the Blockstore

Lue sees a huge amount of potential with Blockstore. He believes it will significantly increase teachers’ ability to employ flipped learning and OER resources. He also believes Blockstore will pave the way for open AI-delivered personalized learning at scale.

“There are a whole bunch of companies out there making claims about personalized learning,” Lue said. “They’re all proprietary. It’s all a black box. You don’t get to see the algorithms, and you have to pay for it.”

“I have nothing against folks who have revenue-generating business plans, but ultimately what I’m focused on is what’s going to help the most people in the world. For me, having access to a potentially personalized learning experience that’s free is absolutely of critical importance.”

Another application of the Blockstore will be realized this year. LabXchange will bring together the science ‘assets’ available on edX and elsewhere on the internet and repackage them into various learning ‘pathways,’ as Lue calls them. It will essentially form a consolidated corner of the Blockstore that focuses on science education. It will also double as a lightweight learning management system (LMS) that will allow teachers to author their own modules or entire courses.

This library of content and tools, furthermore, will be hosted remotely and require only a sufficient Wi-Fi signal to use. LabXchange is set to launch in September of this year and, according to Lue, everything is on schedule.

A Commitment to Open-ness in Education

At a time when the barriers of entry to MOOCs are, in many cases, growing higher, Lue remains committed to free and open educational resources. As a part of the Open edX architecture, Blockstore will be open-source. According to Lue, LabXchange will be free and there are no plans to monetize it, even in the name of sustainability.

“A lot of people have asked me, ‘Oh, so edX is turning into a completely paid platform?’,” Lue said. “You have to realize that edX is the only MOOC provider where the entire software code is open-source. There are roughly 130 named institution partners on the edX site. But there are 1300 organizations that use Open edX for free for whatever they want.”

“Do I have objections to other organizations using LabXchange and charging for certification or credentialing or something? That’s up to other folks to figure out. But LabXchange content, the learning experience, all of those things, will remain free and open.”

Though Inspiring, Many Issues with OER Remain

This is, of course, not the first time a brilliant Ivy League professor has laid plans to make the world a better place with free and open educational initiatives. When MOOCs first deployed en masse, many focused on the poor completion rates as their failings. But many education stakeholders also realized that successful North American courses don’t always work so well in an international context.

What’s more, OER requires sufficient devices and data infrastructures to access. And takes work to maintain. Open learning content needs to be vetted, moderated, and updated on a consistent basis. Lue, however, is optimistic that these problems can be overcome.

“I think those arguments are perfectly reasonable,” he said. “What they underscore is a lack of systemic, networked coordination in the OER universe. My feeling is that one of the reasons we run into those issues is because, quite often, big OER efforts tend to operate in silos. Many efforts miss opportunities to work with institutions, with governments, with other NGOs and partners—all around this common mission of what open education can do for society. In my view, if you connect all the dots in a network, the network will support and flourish.”

In that regard, Lue and LabXchange have begun to put their money where their mouth is. As he revealed during a speech he gave at the 2019 Open edX Conference, the Harvard Global Institute of Health has already volunteered to moderate all of the public health content on LabXchange.

“Am I saying that OER will replace everything? No, I don’t think so,” Lue said. “Because there will always be different kinds of experiences that will require the level of updating, the level of services, etc. that need to be paid for. I always talk about the rising tide. We need to think about what will make that rising tide lift the baseline level of education and learning materials available to hundreds of millions of people a significant distance up from where it is now.”

“I think that OER is absolutely the way to go for that. This idea that OER will die a quiet death—that’s a grave risk. But it’s only a grave risk if we keep siloing our efforts. That’s why LabXchange is very interested in partnerships. We’re partnering with organizations that have similar interests and trying to make sure that we create more of a network that allows overall effort to succeed. I do believe there is an issue, but I don’t think it’s an inherent issue. OER needs to get its act together.”

Lue, furthermore, that there are other areas where OER can be put to use.

“I’ve always had a longstanding interest in lifelong learning,” he said. “Quite often, lifelong learning is sort of piggybacked on top of the materials that are developed for colleges, for undergraduate education, as well as perhaps for high school education. And then, separate from that is the executive education universe, which is nearly always closed and paid. I think that in the lifelong learning realm, there are certainly some huge opportunities for OER, on a free basis, to allow individuals to think about the evolution of their careers, changes in their careers that they might be thinking about making, so on and so forth. I think there’s a lot of possibilities there as well.”