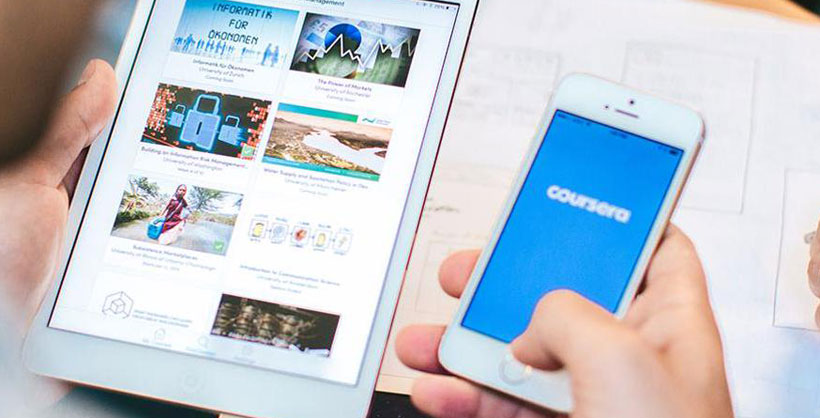 Coursera yesterday announced that it raised an additional $130 million, as part of a Series F round, which was led by NEA –an investor in the trading platform Robinhood– and joined by existing investors Kleiner Perkins, SEEK Group, Learn Capital, SuRo Capital Corp, and G Squared.

This is the biggest funding round for a U.S. education technology company in 2020.

Investors are valuing the company at a reported $2.5 billion. To date, Coursera has raised $464 million.

The company’s CEO, Jeff Maggioncalda, assured that “this financing brings the company’s cash balance to more than $300 million.”

The additional funding will be used “to double down on our product and engineering efforts, expand our job-relevant catalog, and further grow our international presence,” explained Maggioncalda.

“In particular, it gives us the flexibility to meet the considerable demand for two of our COVID-focused initiatives — Campus Response Initiative to help universities teach impacted students and Workforce Recovery Initiative to help governments reskill unemployed workers.”

The ongoing pandemic has accelerated the expansion of Coursera, which has added 15 million new users since March. Currently, it sums 65 million learners and it houses 4,500 courses with 160 university partners and 40 companies including Google and IBM. Its workforce accounts for 600 employees.

Since the company announced on March 12 a free offer on Coursera for Campus on March 12, over 10,000 institutions have signed up, and enrollments have spiked 500 percent over the previous spring, with 1.3 million students taking courses.

These numbers have been used to appeal to venture capitalists, always interested in detecting major market changes.

Coursera continues aiming for an IPO, although it has not any date on the horizon yet.